December 21, 2004
Some galaxies are 10 times brighter in ultraviolet than others, and are thought to be “young” galaxies undergoing violent star formation with frequent supernova explosions.  In theory, they populated the early universe but should have quieted down by now.  The Galaxy Evolution Explorer, an ultraviolet wide-field orbiting telescope, launched April 2003, has just made a […]
CONTINUE READING

December 6, 2004
Science Now has a surprising announcement that may alter astronomers’ confidence in the structure of the cosmic microwave background (CMB) radiation.  Since the WMAP probe data was analyzed (see 09/20/2004 headline), cosmologists have boasted that the high resolution detections of fluctuations in the temperature supported their models of big bang inflation and dark matter / […]
CONTINUE READING

December 6, 2004
According to the majority of astronomers, redshifts are “cosmological”: that is, they represent the effect on spectral light of the expansion of the universe.  A minority group of astronomers, however, claims otherwise, that at least a component of redshift represents intrinsic motion effects of rapidly moving objects irrespective of cosmic expansion.  For evidence, they point […]
CONTINUE READING

October 6, 2004
A letter to the editor in the latest (November) issue of Astronomy tipped us off to something we missed in the July issue.  The subscriber wrote, Kudos to Bob Berman for bringing up the slipperiness of modern cosmology in ‘Theory chaotic’ (July 2004).  He must be one of the first to do so.  As he […]
CONTINUE READING

Cosmologist Squirms at Thought of Fine-Tuning

September 30, 2004
Lawrence Krauss (Case Western Reserve U, Ohio) meant to talk about prospects for distinguishing between sources of so-called dark energy, the mysterious force that appears to be accelerating the expansion of the universe.  But in the process, he opened his soul and revealed feelings, dreams, and nightmares.  First, he states the problem: Dark energy is […]
CONTINUE READING

September 29, 2004
PBS NOVA aired its latest installment on evolution, a 4-hour miniseries entitled Origins, on September 28 and 29.  The website hype describes it as follows: Has the universe always existed?  How did it become a place that could harbor life?  What was the birth of our planet like?  Are we alone, or are there alien […]
CONTINUE READING

August 27, 2004
The latest issue of Caltech’s magazine Engineering and Science1 has beautiful pictures of galaxies taken in ultraviolet by the Galaxy Evolution Explorer (GALEX), and in the infrared by Hubble’s sister, the Spitzer Space Telescope.  Combining images of the same galaxy in visible, ultraviolet and infrared is helping astronomers figure out their structure, and as D. […]
CONTINUE READING 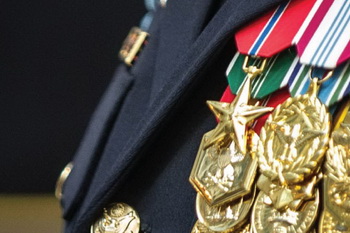 July 27, 2004
According to Charles Seife writing in Science,1 more cosmologists are taking parallel universes seriously.  This is a consequence of the Many Worlds interpretation of quantum mechanics, one possible mathematical solution to the effects of quantum “weirdness.”  If you think our headline is too harsh, read Seife’s opening in a Rod Serling voice while playing the […]
CONTINUE READING

July 8, 2004
At first, they weren’t sure it was real or they were just seeing things.  Now, it’s inescapable.  As far back as cosmologists can see, there were already mature galaxies.  That’s the thrust of two papers in the July 8 issue of Nature1,2 and a commentary on them by Keck Observatory astronomer Greg Wirth3, who says […]
CONTINUE READING

June 24, 2004
Considering the intemperate disdain intelligent design books usually receive from the major journals – when they are even noticed (see, for example, Nature’s review of a book by William Dembski in the 07/11/2002 headline) – a new ID book fared surprisingly well this week.  In Nature1 June 24, Douglas A. Vakoch (SETI Institute) reviewed the […]
CONTINUE READING

Cosmos Ages a Billion Years in One Day

May 28, 2004
Physicists have found that a portion of the carbon-nitrogen-oxygen reaction thought to participate in fusion reactions inside stars runs two times slower than previously thought.  The measurements were made in the Laboratory for Underground Nuclear Astrophysics (LUNA), a lab nearly a mile underground in Italy that offers more protection from cosmic rays.  The ripple effect […]
CONTINUE READING

Searchers in the Dark Over Dark Matter

May 10, 2004
No sooner had Sean Carroll published his essay in Nature1 that dark matter proves how insignificant we are, that Geoff Brumfiel tells us in Nature Science Update that researchers can’t find the stuff.  The Cryogenic Dark Matter Search II is four times more sensitive than previous searches, but came up empty.  Carroll had just reiterated […]
CONTINUE READING

April 30, 2004
Every once in awhile, we are confronted to reconsider things we “know” are true, only to find out the truth is closer to the opposite.  The usual spin on Nicolaus Copernicus is that he was a brave scientist who threatened the church with his discovery that the earth orbits the sun, not the sun the […]
CONTINUE READING

March 16, 2004
A website featuring a new book by Guillermo Gonzalez and Jay Richards, The Privileged Planet, has opened.  The subtitle of the book is How Our Place in the Cosmos Is Designed for Discovery.  The authors take issue with pessimistic views, such as those of Steven Weinberg and Carl Sagan, that our planet is “pointless” or […]
CONTINUE READING

The Evolution of Omnipotence

March 11, 2004
With a headline like “New Theory: Universe Created by Intelligent Being,” one might think that National Geographic News has gone creationist and rediscovered Genesis 1.  The opposite would be true.  The article by John Roach explores the radical thinking of a lawyer/scientist named James Gardner, who has just published a book, Biocosm: The New Scientific […]
CONTINUE READING
Page 1 of 212»