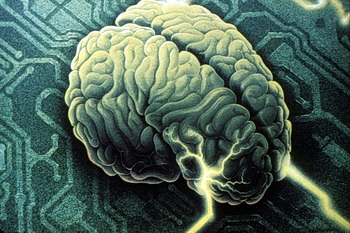 What do Stonehenge and Chaco Canyon have in common? On opposite sides of the globe, they illustrate human nature.

Most visitors to Stonehenge marvel at the engineering required by “primitive” people to hoist gigantic stones onto rock pedestals. What they may not know is that one of the rock quarries is 140 miles away. PhysOrg announces that geologists found the source of the “bluestone” elements of the structure a distance of 140 miles from the monument. They figure that the two-ton stones were transported overland. It didn’t necessarily require muscle power to haul and erect the stones back in 2900 BC. Here are some ideas how they did it:

The special formation of the rock, which forms natural pillars at these outcrops, allowed the prehistoric quarry-workers to detach each megalith (standing stone) with a minimum of effort. “They only had to insert wooden wedges into the cracks between the pillars and then let the Welsh rain do the rest by swelling the wood to ease each pillar off the rock face” said Dr Josh Pollard (University of Southampton). “The quarry-workers then lowered the thin pillars onto platforms of earth and stone, a sort of ‘loading bay’ from where the huge stones could be dragged away along trackways leading out of each quarry.”

Some of the most impressive architecture constructed by ancient Puebloans can be seen at Chaco Canyon in the San Juan Basin of northwestern New Mexico. Multi-story dwellings of wood and stone reveal an organized society with social complexity and cooperation. Science Daily says,

About 240,000 trees were used to build massive structures, some five stories high and with hundreds of rooms, in New Mexico’s arid, rocky Chaco Canyon during the time period 850 to 1140 [AD]. The buildings include some of the largest pre-Columbian buildings in North America.

Now, an “unexpected” find shows additional intelligent design and ingenuity by the builders. Researchers publishing in PNAS used tree-ring dating to identify the sources of timbers—the first time tree rings have been used to identify wood sources in the southwestern US.—and were quite surprised to find two sources both 50 miles away. This solves an “enduring mystery” about the source of the wood but raises new questions about how “large numbers of timbers were harvested and transported from distant mountain ranges to build the great houses at Chaco Canyon.”

The Puebloans did their work thousands of years later than the early Welsh ancestors at Stonehenge, but we should remember that the two groups were separated not only by time but by distance. Ancestors of all New World tribes had crossed over the Bering Strait long before Stonehenge was built. There was no technology sharing between East and West, yet we see human nature operating similarly in both cases. This is why the evolutionary timeline is so unbelievable. Human beings are intelligent, resourceful, and cooperative. They make tools, build things, and create social communities with leadership, goals, and division of labor to achieve those goals. They didn’t just sit around in caves, or go hunting and gathering all day. They found ways to use resources to improve their lives with intelligent design.

The Biblical timeline makes sense of the artifacts we find. It makes no sense to believe that early humans inhabited this planet for up to a million years before some mutation happened and cities sprang into being. Given our uniform experience with human nature, and its observable exceptionalism over animals, the logical conclusion is that mankind is young, and therefore the earth is young.