Miracles and Extremes in the Land of Israel

A little strip of land surrounded by fierce enemies continues to thrive with its ancient language, traditions and religion.

Has there ever been an ancient culture revived in its homeland with its original language, customs and religion? Israel, a tiny country at the crossroads of three continents, stands unique. Where are the Hittites? The Assyrians? The Babylonians? Egypt, Arabia, Syria and Persia endure, but without continuity with their ancient religions, having become predominantly Muslim with different languages. Their people, while proud of their archaeological treasures, have little in common with their ancient cultures. Only Israel, its orthodox Jews still carrying Torah scrolls with reverence and speaking Hebrew, trading in shekels and praying for the day when their Temple can be restored, feel strongly connected with their heritage: Abraham, Moses and David. 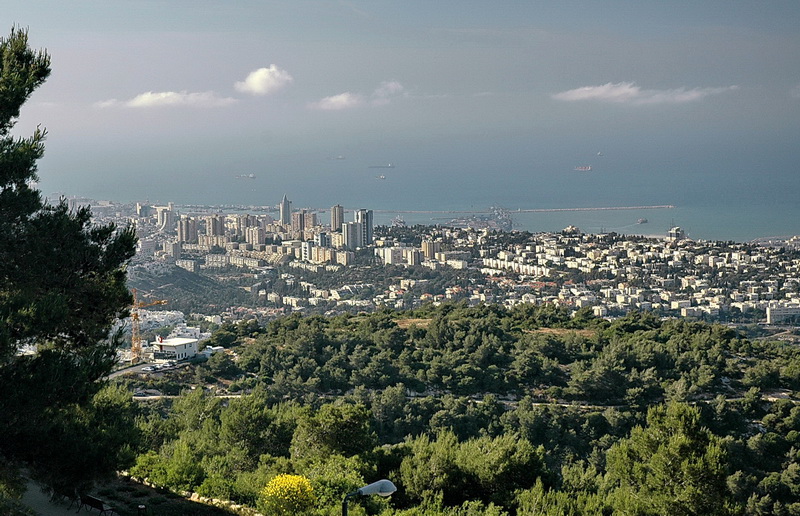 Israel is currently a land of clean cities with modern technology. Haifa and Acco from Mt Carmel. Photos by David Coppedge

This is all the more remarkable considering the Dispersion: almost 2,000 years of forced resettlement outside the land of Israel. Having kept their culture and traditions alive amidst repeated waves of anti-Semitism and persecution, they now inhabit a thriving, prospering state. Before the modern state of Israel was born in 1948, the land had degenerated into a nearly uninhabitable land of deserts and swamps. Now, with its high-tech science, gardens and industries, it has “blossomed like a rose” as prophesied by Isaiah some 700 years before Christ:

The wilderness and the wasteland shall be glad for them,
And the desert shall rejoice and blossom as the rose;
It shall blossom abundantly and rejoice,
Even with joy and singing.
The glory of Lebanon shall be given to it,
The excellence of Carmel and Sharon.
They shall see the glory of the Lord,
The excellency of our God.

Gabriel Birnbaum is part of the effort to restore ancient Hebrew by carefully documenting every word. Phys.org describes how he studiously documents Hebrew words from ancient texts, including the Bible, for the Historical Dictionary Project at Israel’s Academy of the Hebrew Language.

Earlier incarnations of the language were spoken by ancient Jewish communities where the modern state of Israel is located today.

As Jews were forced into exile, Hebrew as a spoken language began to fade, though it remained in use in written form.

After some 1,700 years, it was revived in the late 19th century as part of the push by Zionist Jews to resettle in the lands from where their ancestors fled.

It is now an official language of Israel and is considered history’s sole example of such a dramatic revival.

Another headline using the word “Miracle” appears on WND, where historian Bill Federer asks, “Was America’s Formation a Miracle?” Federer quotes early American documents showing the founders’ reliance on principles from the Hebrew Bible, and shows how the writers of the Constitution were stirred to ratify it after an address by Rev. Samuel Langdon:

Langdon continued: “The Israelites may be considered as a pattern to the world in all ages. … Government … on republican principles, required laws; without which it must have degenerated immediately into … absolute monarchy. … How unexampled was this quick progress of the Israelites, from abject slavery, ignorance, and almost total want of order, to a national establishment perfected in all its parts far beyond all other kingdoms and states! From a mere mob, to a well regulated nation, under a government and laws far superior to what any other nation could boast! …”

The Dead Sea has been shrinking about a meter per year. The shores now have deep gullies and sinkholes.

And yet Israel is a land of geological extremes as well. A distance of less than 130 miles separates the snow-capped heights of Mt. Hermon to the lowest spot on the planet, the Dead Sea. Phys.org describes how German scientists are joining researchers in Israel, Jordan and Palestine to conduct “environmental research on the edge of extremes.” That erstwhile bitter enemies could collaborate on research represents a miracle of sorts as well. One might trace that ability to the Hebrew tradition, too: to love your neighbor as yourself, and to not bear false witness. No science could be done without those foundational commitments.

Zechariah predicted that Jerusalem and its little land of Israel would become a focal point of world anxiety before Messiah comes:

The burden of the word of the Lord for Israel, saith the Lord, which stretcheth forth the heavens, and layeth the foundation of the earth, and formeth the spirit of man within him.

Behold, I will make Jerusalem a cup of trembling unto all the people round about, when they shall be in the siege both against Judah and against Jerusalem.

And in that day will I make Jerusalem a burdensome stone for all people: all that burden themselves with it shall be cut in pieces, though all the people of the earth be gathered together against it.