A wide variety of organisms spend all or part of their time under the surface of water, having just the equipment they need to thrive.

Masters of the Sea: Jellyfish 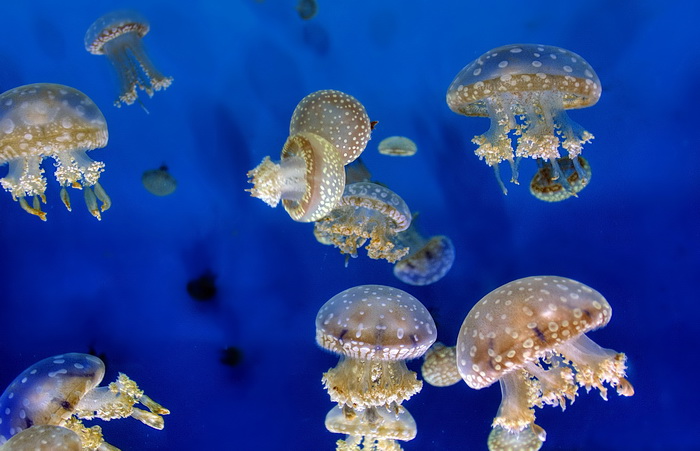 A new book by Juli Berwald talks about Spineless organisms: namely jellyfish. In an interview in National Geographic, she waxes eloquent about these highly adapted swimmers:

In terms of a muse to write about, they live on this line that is both angelic and demonic and nothing about them is clear-cut. They are absolutely gorgeous to look at and, you’re right, their bioluminescence is astonishing!

But their sting is vicious! They may not just ruin your time at the beach. Some are actually deadly. The box jelly, the very toxic one that lives in the Pacific Ocean, can kill a man in three minutes and contains enough sting for 60 men.

Speaking of that bioluminescence, a protein from jellyfish named Green Fluorescent Protein (GFP) has “revolutionized biotechnology” by allowing scientists to track reactions of individual proteins in cells embedded with the gene. Berwald talks about the incredible variety in jellyfish (attributing it all to evolution), and shares another astonishing fact about their stinging cells:

The fact that they’ve been around so long says that they’ve come up with a morphology, body structure, and adaptation to survive, hunt, and avoid being eaten, which is supremely elegant. In my opinion, it all comes down to the speed and force of their stinging cells, which are a masterful piece of biological evolution that explode with a force five million times the acceleration due to gravity. 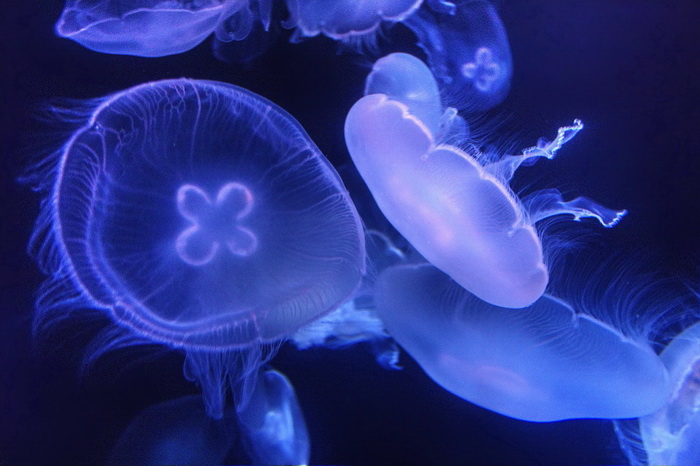 And yet two facts argue against evolution: (1) jellyfish appear abruptly in the Cambrian Explosion (Evolution News), and (2) the stinging cells are irreducibly complex (5/08/06), unreachable by natural selection. Despite their vicious power, they don’t harm some organisms that eat jellyfish, such as whales, molas, albatross, penguins and sea turtles. Even humans make “jellyfish salad” (popular in Asia, Berwald says). Sea slugs can even ingest the nematocysts without triggering them, and exude them onto their backs for added protection. Also, if jellyfish are products of blind chance, why are humans rushing to imitate them? Berwald talks about “robojelly,” a robot that mimics JPL (jellyfish propulsion lab).

Update 12/15/17: Phillip Lamb at The Conversation has posted a pictorial essay of praise for jellyfish, saying they have “superpowers” and don’t deserve their bad reputation. They are masters at survival, he says—”among the most abundant organisms in the sea.” He speaks of their superpowers, like a moon jelly that can lay 400,000 young at a time, and their bioluminescence, and even their symbioses with photosynthetic algae, “which act like their own personal solar panels and let them obtain energy straight from the sun.” Jellyfish have been a boon for mankind, he argues. Three embedded videos tell more. Watch the mesmerizing light shows of ctenophores (comb jellies) in the first video. How did they get these abilities? Unfortunately, he chalks up these superpowers to evolution, but states it in this paradoxical form: “Many jellies have evolved unique abilities, some of which seem almost supernatural.” And how, exactly, do these facts square with Darwinism? “Gelatinous bodies have evolved independently three times and have existed, largely unchanged, for at least 500m years, surviving all five major extinction events in the Earth’s past that wiped out 99% of all life.”

Hundreds of Reflecting Eyes in a Shellfish

The scallop, whose shape Shell Oil uses for its logo, has an amazing secret: some 200 tiny eyes that give it a view of its surroundings. Evolution News talks about the design implications of this recent discovery about a “simple” mollusk (see Phys.org). The 200 poppyseed-sized eyes around the mantle of the scallop use biological mirrors made of square guanine crystals, giving it the properties of a segmented Newtonian telescope mirror (see embedded video in the Evolution News post). The precise shape of the concave mirror allows double reflection of the incident rays onto two stacked retinas, allowing for both escape signaling and wide-angle vision.

Precision Glass Manufacturing in a Brittlestar

An unrelated marine animal, the brittlestar (phylum Echinodermata) also has eyes all over its body, as we reported way back in 2001 (8/23/01). Its “near-perfect” lenses are also the envy of bioengineers. Another design feature of brittlestars was reported recently by Science Daily: its ability to make super-strong glass from its surroundings.

Nature inspires innovation. An international team lead by researchers at Technion — Israel Institute of Technology, together with ESRF -the European Synchrotron, Grenoble, France- scientists, have discovered how a brittle star can create material like tempered glass underwater. The findings are published in Science and may open new bio-inspired routes for toughening brittle ceramics in various applications that span from optical lenses to automotive turbochargers and even biomaterial implants….

“Nature exhibits tremendous creativity in improving the organism’s abilities in various contexts such as strength, sensing, and self-defense. Here, too, in the process of creating hardy and precise transparent lenses, we see tremendous efficiency in the use of existing raw materials under conditions in the natural environment.“

The focal lenses of these eyes covering its body are described as “powerful and accurate.” Echinoderms also appear abruptly in the Cambrian fossil record. Speaking of eyes dating from the Cambrian Explosion, look at the amazing modern-looking eye of a trilobite reported by the University of Edinburgh. This species of shallow-water arthropod dates from the earliest of all known trilobites, yet its eyes contained the basic features of modern bees and dragonflies, the paper in PNAS says. Did trilobites with elaborate eyes just pop into existence? (Read about the Popeye Theory of Evolution in our 5/31/05 commentary.) 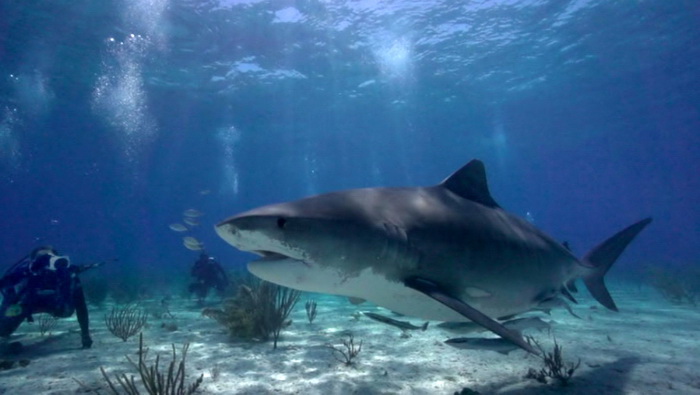 Airplanes and submarines both move through fluid. Air is just a much less viscous fluid than water. Whether applying principles of aerodynamics or hydrodynamics, animals need dynamics to move through a fluid medium. An article in Science Daily describes sharks having “aircraft-like attributes” to move through the water. Some grow large livers to give them properties of a dirigible or blimp. Others glide like fighter jets with fixed-wing design. Researchers at multiple universities studied sharks, finding that “these top predators mirror the aerodynamics of either zeppelins or fixed-wing high speed aircraft, depending on whether they evolved to cruise through the deep ocean or motor through shallow waters.” No evidence for evolution was provided. The observations show intelligent design, but the authors confabulated with Jargonwocky to conjure up visions of evillusion according to the Stuff Happens Law (terms explained in the Darwin Dictionary).

Here’s a mammal swimmer displaying several wondrous adaptations. Robyn Grant at The Conversation writes, “Sea lions have unique whiskers that help them catch even the fastest fish.” With “superb sensing” using their whiskers, which are the longest of any mammal, they can detect the size, shape and texture of a surface just by swiping a whisker over it. They have communication with their companions using a varieties of grunts, and even have cognitive abilities. Along with parrots, they are one of few animals that can bob their heads to a musical beat. Sea lions delight many an audience with their tricks and incredible sense of balance (can you balance a beach ball on your nose?). And with streamlined bodies, they are also superb swimmers.

This streamlining means the sea lions are able to move quickly and efficiently through the water. Front flippers are used to push themselves along, while back flippers are used for steering. They’re able to chase fish at speeds of around 25mph but are flexible enough to quickly change direction.

Deepest Fish in the Deepest Ocean

Marine biologists at the University of Washington have found what they believe is the deepest fish in the ocean: a strange-looking fish called the Mariana snailfish. In its gut they found a crustacean it had just eaten. The Mariana Trench where it was found is 8,000 meters (26,200 feet) deep. “Little is known about how these fish can live under intense water pressure; the pressure at those depths is similar to an elephant standing on your thumb,” the authors say. “They don’t look very robust or strong for living in such an extreme environment, but they are extremely successful.” 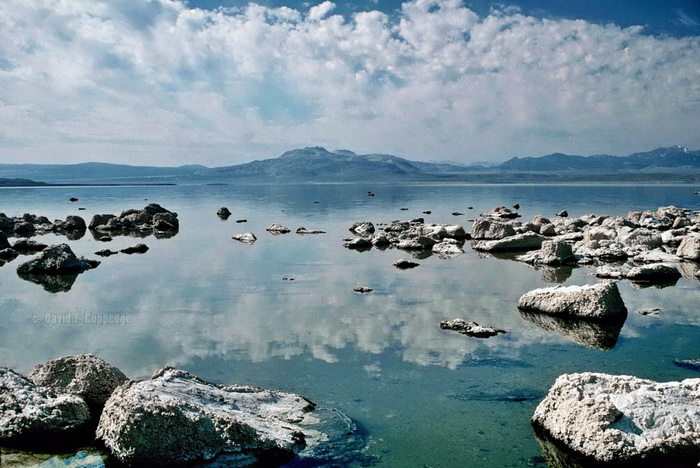 A Fly With a Diving Helmet

Even humorist Mark Twain noticed this next underwater animal. In Mono Lake, a salty lake in the foothills of the eastern Sierra Nevada in California, brine flies breed by the millions and are relished by seagulls. Twain noticed something interesting about these flies:

You can hold them under water as long as you please—they do not mind it—they are only proud of it. When you let them go, they pop up to the surface as dry as a patent office report, and walk off as unconcernedly as if they had been educated especially with a view to affording instructive entertainment to man in that particular way.

A new paper in PNAS by Michael Dickinson, the Caltech expert in insect flight whose story on the “fruit fly in the flight simulator” was one of the most”amazing” entries in Creation-Evolution Headlines 14 years ago this month (12/08/03), visited the lake with his lead author, Floris van Breugel, to study these unusual flies. How are they able to live underwater? The partners found out that they have “superhydrophobic” bristles that capture air bubbles effectively. “Mono Lake’s alkali flies are a compelling example of how the evolution of picoscale physical and chemical changes can allow an animal to occupy an entirely new ecological niche,” they say, without focusing much attention on evolution. In this case of microevolution, there is a pathway for adaptation, because it involved slight chemical modifications to already-existing chitin proteins.

We’ve discussed underwater animals from half a dozen different phyla. How about an extinct reptile? Researchers at Oxford were surprised to find that sauropterygians (lizard-wings), an extinct group of “fully aquatic ‘underwater flyers’,” possessed mammal-like inner ears. Like sharks mentioned above, marine reptiles including the better-known plesiosaurs “flew” through the water with powerful flippers. Of interest this time were the inner ear bones, which have “similar inner ear proportions to those of some modern day aquatic reptiles and mammals.” We learn from the article on Phys.org that these extinct “sea monsters” not only “flew” like sea turtles but had inner ears like mammals—two similarities despite being unrelated. The authors call on their familiar ad hoc Darwinian rescue device, saying, “These interesting results are the product of convergent evolution, the process in which completely unrelated organisms evolve similar solutions to the same evolutionary hurdles.” The author finds this rescue device useful. The article also points to convergences in shape between pliosauromorphs and whales.

We hope you have enjoyed considering a few examples of the wonders of marine biology. Do any of these animals show half-baked adaptations? Such designs are far beyond the capabilities of blind chance processes, let alone “convergent evolution.” For more examples of underwater design, remember the Illustra Film Living Waters: Intelligent Design in the Oceans of the Earth. See the trailer on our Recommended Resources page. You can get them in quantity as Christmas gifts now in a 50-for-75-dollar sale at RPI. It gets better; if you get all the same title, you can get 50 for $50.

Incidentally, the author has met Floris van Breugel (see Mono Lake story above) and knows him to be an outstanding photographer as well as a scientist. It’s good to see him working with Michael Dickinson, a very perceptive and creative researcher who really knows how to communicate wonder and awe at the design of insect flight.