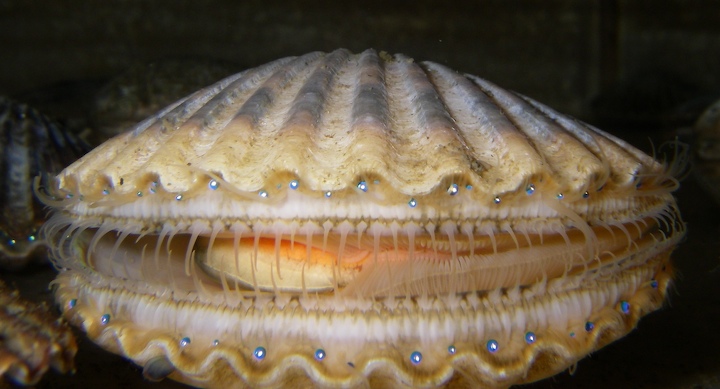 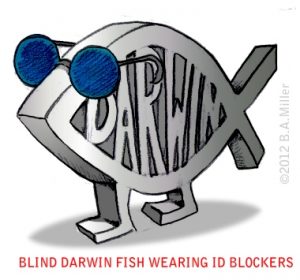 Darwin is famous for admitting that the origin of complex structures made him sick: In The Origin of Species, we read:

“To suppose that the eye with all its inimitable contrivances for adjusting the focus to different distances, for admitting different amounts of light, and for the correction of spherical and chromatic aberration, could have been formed by natural selection, seems, I freely confess, absurd in the highest degree.”[1]

Darwin then speculated a thought experiment to imagine a plausible set of events if one thought backward from a vertebrate eye to a simple eye:

Reason tells me, that if numerous gradations from a simple and imperfect eye to one complex and perfect can be shown to exist, each grade being useful to its possessor, as is certainly the case; if further, the eye ever varies and the variations be inherited, as is likewise certainly the case; and if such variations should be useful to any animal under changing conditions of life, then the difficulty of believing that a perfect and complex eye could be formed by natural selection, though insuperable by our imagination, should not be considered as subversive of the theory.[2]

The problem is, to reason backward to the past is subjective and easy. What is difficult is to reason forward into the future. ‘Thought scenarios’ as Darwin gave are neither proof nor evidence. Darwin assumed that normal “variations” would provide the material required to evolve eye spots into vertebrae eyes. From our modern experimental knowledge, mutations are the only possible source of variations that could do what Darwin proposed; namely, to produce “a perfect and complex eye.” We know today that mutations do not produce, but damage, and damage moves organisms away from Darwin’s imaginative scenario of upward evolutionary progress. 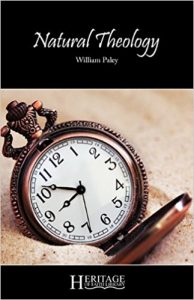 No doubt this concern of Darwin issued from his reading of William Paley which he was required to study in Cambridge as a student, and which he admitted he enjoyed reading. As a youth, Darwin was a nominal Christian and accepted much of Paley’s Natural Theology that argued for the existence of God from the evidence of design all around us. In a letter to John Lubbock dated November 22, 1859, Darwin wrote, “I do not think I hardly ever admired a book more than Paley’s Natural Theology. I could almost formerly have said it by heart.”[3] All this soon changed: His Origin of Species book was largely an attempt to refute Paley’s ‘Watchmaker’ analogy. Professor Williams makes it clear that

Darwin attempted to exterminate natural theology by refuting William Paley’s book by that name, which argued from apparent design in nature to a Designer. Darwin built On the Origin of Species based on Paley’s structure and content, but stood his argument on its head. Current biologists aim to complete the slaughter, calling religion a meme that infects us, an epiphenomenal superstition, and a Darwinian adaptation—but religion cannot be all of these things without contradiction.[4]

Aside for the problems noted above falsifying Darwin’s rationalization, we now know that so-called simple eyes are not at all simple, but in some ways are more complex than the so-called highest, most evolved, eye type. One review of a new article on scallop eyes concluded their eyes “function similar to telescopes, are even more complex than scientists previously knew.”[5] Scallop is the common name of any one of numerous species of saltwater clams or marine bivalve mollusks, also commonly called clams. The scientist added scallops “have up to 200 tiny eyes along the edge of the mantle lining their shells, although scientists still don’t know exactly how they all work together to help the mollusks.” Another researcher added “For over half a century, the multitudinous mirror eyes of the lowly scallop have continuously amazed us with their visual eccentricities. The latest surprise is the mirror itself, which turns out to be an extraordinary optical wonder.”[6]

Only three design solutions exist to focus the light entering the eye onto the retina.[7] The most common is a lens, such as used in human eyes, and another very rare solution is a tiny aperture called a pin hole “lens” in which the pin-sized opening bends the light, serving as a crude lens which works the same way as a pinhole camera. An example is the deep-sea cephalopods of the genus Nautilus. The third solution, using mirrors that work like a reflecting telescope, is used in some deep-sea fish and crustaceans, plus the scallop Pecten.

In scallops, “the remarkable eyes of which have been a continuous source of surprise for decades, this mirror is concave and focuses an image onto an overlying retina by reflection” like a reflecting telescope.[8] A new study, published in Current Biology, showed that the pupils of scallop eyes dilate and contract in response to light levels, just like human eyes.[9] Specifically, their pupils “constrict to ∼60% of their fully dilated areas within several minutes of light exposure.”[10] University of California, Santa Barbara biologist Todd Oakley acknowledged it is  “surprising how much we’re finding out about how complex and how functional these scallop eyes are.”[11] In short, when light enters the scallop eye it first

passes through the pupil, a lens, two retinas (distal and proximal), and then reaches a mirror made of crystals of guanine at the back of the eye. The curved mirror reflects the light onto the interior surface of the retinas, where neural signals are generated and sent to a small visceral ganglion, or a cluster of nerve cells, whose main job is to control the scallop’s gut and adductor muscle. The structure of a scallop’s eye is similar to the optics systems found in advanced telescopes.[12]

The problem is images on the proximal retina are out of focus, which at first appears to be very poor design. A new study found this arrangement was not poor design, but rather ingenious design. The scallop pupils can dilate and contract, changing the size of the pupil opening by about 50 percent. Their eyes lack irises like human eyes. Instead, the cornea cells change shape from thin and flat to tall and long. These contractions also change the cornea’s curvature, indicating the scallop eye changes shape to respond to light to form more crisper images on the proximal retina.

of the distal layer resemble those found in vertebrates, being constructed of cilia and hyperpolarizing in response to light; those of the proximal layer are instead constructed of microvilli and depolarize in response to light, characteristics typical of invertebrate photoreceptors. The mirror, which is very nearly hemispherical, reflects the light back towards the retina, there focusing an inverted and minified image of the outside world. [14]

Thus, the mirror serves as a lens in a system that otherwise looks like the ancient invertebrate borrowed from a modern vertebrate that was not scheduled to evolve until far into the future according to evolutionists. Adaptive mirrors are not the scallop eye’s only wonder. The researchers also determined that scallop eyes have three times as many light-sensitive proteins called opsins in the photoreceptor cells as humans.[15] Some opsins may be expressed in the proximal retina, others in the distal retina. The paper concluded that

what remains undisputed is that with their spectrally-tuned concave mirror of tiny guanine crystals and their double-layered retina containing both ciliary and rhabdomeric photoreceptors, the eye of the scallop is one of nature’s most extraordinary — and curious — optical inventions.[16]

The paper then detailed why the visual system was designed this way, producing an eye in so-called primitive lowly clams which evolutionists claim were among the first organisms to have evolved on Earth an estimated 2.3+ billion Darwin years ago, yet are every bit as complex as that in modern humans. (For more on scallop eyes, see Evolution News 5 Dec 2017).

Opsins in the retina mediate the conversion of light into electrochemical signals which are sent to the brain for processing. The molecular proteins that translate light into electrical signals vary considerably. Clams, mollusks that live inside two matching cupped shells connected by a hinge, use several eye types, including compound eyes, eyes with multiple visual units, though they differ from the well-known compound eyes used by insects. All of this seemingly unnecessary variety baffles evolutionists. They do not see it as necessary, but as an unnecessary luxury that they assume evolution could not create from survival of-the-fittest mechanisms.

Another question, actually, “The big evolutionary question … is, how do these [visual] proteins evolve to sample light? And then, how does it become specified to the different types of light environments that the animals can occur in?”[17] Evolutionists have no idea of the answer, and resort to co-option, the claim that the opsins are being repurposed from some other function within the animal to be used in the eyes. One theory is evolution evolved opsin in response to light-induced stress. Ultraviolet damage causes specific molecular changes that an organism must protect against and the co-option theory speculates, was the beginning of eye evolution!

This claim is a pure just-so-story, often a desperate attempt to explain something that is not only unexplainable by evolution, but argues against evolution. Not only does the diversity of eye morphologies and of photoreceptors across animals baffle evolutionists, but the fact that the genes that control eye development are remarkably similar across all life forms with eyes, does as well. The classic example is the Pax6 gene which is critical for both scallop eye as well as mammal eye development. In short, according to Darwinian theory, fifty million years of evolution has, in this case, produced virtually no changes in the gene and its function, and in other cases has produced designs unthought of by evolution until eons later after clams evolved.

Humpty Darwin sits on a wall of foam bricks held together by decayed mortar. Cartoon by Brett Miller commissioned for CEH. All rights reserved.

[1][1] Darwin, Charles. 1859. The Origin of Species By Means of Natural Selection or The Preservation of Favored Races in the Struggle For Life. London, UK: John Murray, p. 159. 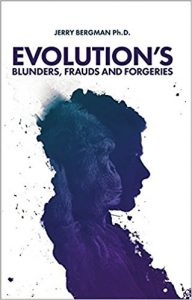 This is not the first time Darwinians have blundered about what natural selection can do.

[5] Callier, Viviane. 2019. “What Scallops’ Many Eyes Can Teach Us About the Evolution of Vision.” Smithsonian Magazine.