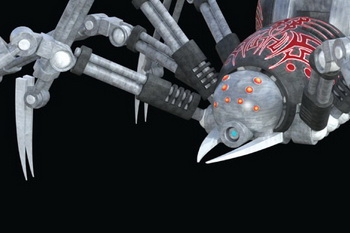 Biomimetics has been big for years now, but scientists are still a long way from catching up to biology’s engineering.

Stanford researchers study birds to improve how robots land (Stanford University). Have you ever owned a parakeet? You watch it flitter about in its cage, jumping from perch to perch, even clinging to the wires of the cage. Engineers at one of the most prestigious universities in America can’t build something that can do that. They can only watch the living bird in wonder, and take slow-motion movies, trying to figure it out. They’d like to do it, because they could make better robots. 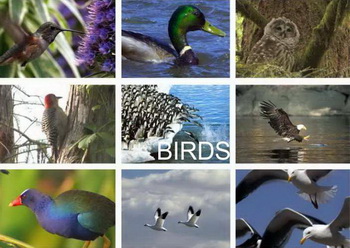 “Modern aerial robots usually need either a runway or a flat surface for easy takeoff and landing. For a bird, almost everywhere is a potential landing spot, even in cities,” said Chin, who is part of the lab of David Lentink, assistant professor of mechanical engineering. “We really wanted to understand how they accomplish that and the dynamics and forces that are involved.”

Even the most advanced robots come nowhere near the grasping ability of animals when dealing with objects of varying shapes, sizes and textures. So, the researchers gathered data about how Gary [a parakeet] and two other birds land on different kinds of surfaces, including a variety of natural perches and artificial perches covered in foam, sandpaper and Teflon.

“This is not unlike asking an Olympic gymnast to land on Teflon-covered high bars without chalking their hands,” said Lentink, who is senior author of the paper. Yet, the parrotlets made what seems almost impossible for a human look effortless.

Nature offers potential for endless renewable fuel supplies (Australian National University). Civilization’s energy problems and climate fears could be solved if we could just do what plants do: split water. Science has been studying photosynthesis for decades. Why is it so hard?

Lead researcher Dr Nick Cox said if humans could split water using cheap materials like nature did, society would have an endless supply of cheap hydrogen fuel for transportation, without carbon emissions that contribute to human-caused climate change. 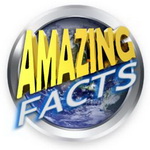 “Enough sunlight hits the Earth in a single hour to power all human activity for over a year,” said Dr Cox from the ANU Research School of Chemistry.

“Plants use this harvested energy to split water and make complex carbohydrates which provide food for the plant to grow and thrive. This process also enriches our atmosphere with oxygen for animals, including humans, to breathe.

“Copying this process from nature would lead to new and improved renewable energy storage technologies.”

We want it, so let’s do it. Why the delay? Even photosynthetic bacteria have solved this physics problem. What’s the matter? Why can’t the geniuses in the world’s university do what a microbe or a leaf does?

It’s not for lack of trying, but progress is slow. The press release boasts that ANU scientists at the Energy Change Institute have “cracked a key step” in the process. They found an enzyme that “stretches like a concertina” at a key step. This change “enables the orderly uptake of water to begin the splitting process,” they say. Well, that’s nice to know. But it only reveals that scientists have not even started getting into position to begin to commence building a working photosynthesis machine to harvest the plenteous sunlight striking our planet.

New bio-inspired technology is poised to disrupt the composites industry (UC Riverside). Composites are materials made out of multiple ingredients designed for certain purposes. Materials science has a long history going back to ancient civilizations. For thousands of years, though, no human engineer has matched biological materials for both hardness, resistance to cracking and light weight. Bones, teeth and mother-of-pearl are examples. The mantis shrimp, with its glass-shattering club, adds a special touch: Scientists at UCR noticed a helical shape of wrapping around its “fist” that protects it.

Helicoid Industries hopes to sublicense the technology to the sporting goods, wind turbine, aerospace, auto parts, defense, and industrial components industries. The impact in the sporting goods industry could be significant, where weight of equipment is an issue.

UCR scientists are obtaining a $5 million loan to begin commercialization of their helicoid material. Nature’s composites have a significant advantage over man’s feeble attempts at imitation: they renew and rebuild themselves throughout the lifetime of the organism. They can also reduce all the programming instructions for building structures like nacre or the mantis shrimp’s club into digital code that can draw in molecules from the environment and build new ones (i.e., baby mantis shrimp).

The tone of this entry isn’t intended to disparage scientists trying to achieve success in robotics, photosynthesis and materials; more power to them! Their incremental steps are impressive. It’s intended, rather, to show the superiority of nature’s designs. If our brightest-brained scientists can’t do what plants, shrimp and birds can do, who is to argue that those organisms just happened?

And yet, that’s what the materialist consensus believes! Two of these three examples (out of many) are polluted with Darwinist mythoids, stated as fact-free BAD assertions. The Stanford team says they are “studying natural systems that have evolved over millions of years” – who are they kidding? The UCR team says, “Millions of years ago, the ‘smasher’ mantis shrimp, one of nature’s feistiest predators, evolved an internal structure to protect the hammer-like club it uses to pulverize prey with incredible speed and force.” Oh good grief.

To their credit, the Australia team refrained from such silliness, both in the press release and PNAS paper. That goes to show that Darwin mythoids are superfluous to papers on biological designs. Complain to the perpetrators until they stop treating the rest of us like Darwine drunkards.