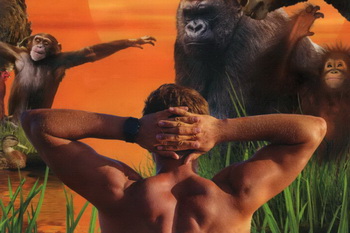 Evolution Did Not Cause Back Pain

Darwin Proved Wrong Again!
Back Pain is Not Due to Evolutionary History 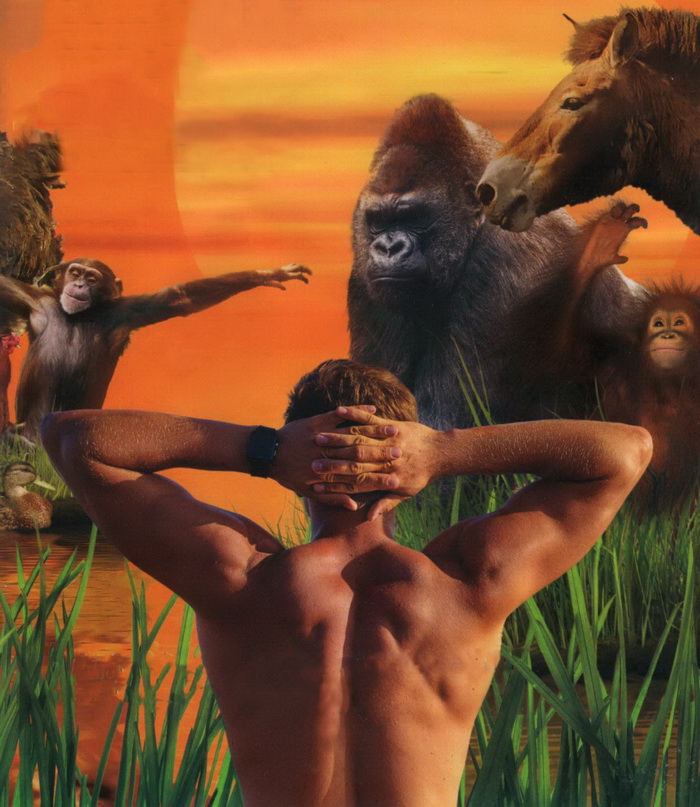 The headline of the latest New Scientist says it all, “The back pain epidemic: Why popular treatments are making it worse,” adding, “Chronic back pain is on the rise – in part because the way we treat it often does more harm than good. It’s time to think differently about our aches.”[1] The problem is not small. Up to 90% of all Americans suffer at least one debilitating episode of back pain during their lives.[2]  Furthermore, back pain is one of the leading causes of disability around the world. In the U.S. alone, it costs 635 billion dollars a year in medical bills and loss of productivity.[3]

How We Thought About Back Pain in the Past

Darwinists have taught for decades that the reason for the back pain problem was because bipedalism was superimposed by evolution on a skeleton previously well-adapted for quadrupedal motion.[4]  In the words of Krogman: “Although man stands on two legs, his skeleton was originally designed for four. The result is some ingenious adaptations, not all of them successful.”[5] Harvard evolutionist Ernst Mayr concluded that evolution will eventually solve the back problem when evolution completes “the transition from quadrupedal to bipedal life in all its [human] structures.”[6]  What changes he expects to occur when the evolutionary transition is completed, he does not say. Professor Krogman speculates that when humans started walking upright “a terrific mechanical imbalance” resulted, and backaches became common.[7]

Unfortunately, this old harmful theory is still being repeated, even in the year 2019:

To understand the solutions [to back pain], we must first travel back 7 million years, to when our ancestors caused the problem. In exchange for walking upright, we got back pain. … the hypothesis posited by Kimberly Plomp at the University of Liverpool, UK, and her colleagues.[8]

Plomp’s team studied the shape of human, chimpanzee and orangutan vertebrae … looking for small bulges called Schmorl’s nodes that can occur in the soft tissues between vertebrae and are linked to back pain. People who had these nodes had vertebrae that were more similar in shape to those of chimpanzees.

Plomp explains “We started to walk on two feet relatively quickly in evolutionary terms.” Consequently, she hypothesized that  “individuals with vertebrae that are more on the ancestral end of normal human variation are less well adapted to withstanding the pressures placed on the bipedal spine. .. This ancestral vertebral shape then plagued us throughout our history.”[9]

Is the Problem Physical as Professor Plomp Implies?

Evidence against Plomp’s theory includes a well-known study by

Jeffrey Jarvik at the University of Washington in Seattle and his colleagues [who] randomly assigned 380 people with lower back pain to have an X-ray, which can identify things like fractures, or an MRI scan, which is used to look at soft tissues. A year later, there was no difference in their health outcomes [between the two groups], but those who had an MRI were more likely to have had surgery, exposing them to the risk of infection and other complications. “The potential for harm has been shown in many studies,” says Buchbinder.[10]

by the time we’re 50, many of us will have abnormalities in our spine: degeneration of the discs, bulging, a little arthritis in the joints” Some of these may cause pain in some people but not others. … Getting a scan may not only be a waste of time and money…  but it can actually worsen your back pain. Once you start to look for abnormalities, you will find them. Once that happens, doctors are more likely to prescribe painkillers, steroid injections or surgery, which may be unnecessary, ineffective and sometimes harmful.[11]

Furthermore, there is little evidence that back belts, shoe insoles and other ergonomic products are effective. What, then, is effective?

If, indeed, the back problem is due to some problem in the design of our back inherited from our quadrupedal primate ancestors, we may just have to live with it, or imbibe pain pills, such as aspirin or oxycodone, to deal with it. Or undergo surgery. We cannot alter the anatomy of the back we inherited from our ape ancestors unless we attempt the eugenic solution: Encourage families with few or no back problems to have large families and sterilize those with common back problems or in other ways discourage them from having families.

If, however, the problem is not due to the inheritance from ape ancestors, as evolutionists claim, this approach will be counterproductive.  Furthermore, the evolutionary explanation impeded progress toward finding the real reason for back problems. Among those looking for the real reason several decades ago were creationists.[12]  Consider that despite our long history on the Earth, it is only in the past few decades that we have begun to experience the epidemic of chronic back pain. Consequently, evolution theory cannot explain the cause of the modern epidemic. The data reveal that, among people who seek help with back problems, fewer than one percent are caused by a fracture, an infection, inflammatory arthritis, accidents, sports injuries, congenital disorders, cancer or other disease.[13]

What about Drug Treatment?

In countries where doctors advise against surgery for back pain, people are often

offered anti-inflammatory steroid injections, but these have been shown to be no more effective than [a] placebo. They can also cause increased appetite, mood changes and difficulty sleeping. ….  doctors, particularly in the US, prescribe stronger painkillers than are necessary, … fueling the opioid crisis …  in the US. Backache is the number one reason for prescribing opioids … despite several studies showing that safer treatments, such as non-steroidal anti-inflammatories, may offer similar relief.[14]

What about bed rest? Thomson noted that although

doctors all over the world [are] still prescribing bed rest, it is one of the worst things you can do. When young healthy male volunteers spent eight weeks in bed, their lumbar multifidus muscles, which keep our lower vertebrae in place, had wasted and become inactive. Some of the volunteers’ muscles had still not recovered six months later.[15]

What about exercise? Thomson concluded that

exercise can make all the difference. A study published in June found that exercises designed to strengthen the lower back help ease pain, and just walking regularly helps too. “We need to remove this fear and persuade ourselves to exercise,” … People who switch to standing desks say they feel less back pain. Small changes in how we work can also help. People with chronic back pain who used a standing work station for three months saw a significant decrease in the worst pain they felt, and their general pain at the end of the study.[16]

The Real Cause of the Back Problem Epidemic

The article in New Scientist shows that the real cause was not evolution. The research clearly shows that spending more time sitting on the job and slumping in front of computer screens puts pressure on the muscles, ligaments and discs that support the spine and can deactivate muscles that promote good back health and good posture. Other lifestyle factors, such as the epidemic of obesity, which in the United State now tops 70 percent, amplifies the mechanical strain on the back and decreases mobility, predisposing disc deterioration in the spine. Obesity also increases the production of inflammatory chemicals associated with pain.

Smoking is also a major part of the problem. Smoking puts people at “higher risk of lower back pain because it is associated with a clogging of the arteries, which can damage the blood vessels that supply the spine, leading to muscle and bone degeneration.” [17]

This New Scientist article eloquently supports my conclusions that I published in an article I authored almost 20 years ago.  It also supports my own back pain experience[18] and fully agrees with my chapter on this topic published in my book on poor design.[19] I can do no better than repeat the introduction to my 2001 paper which, although my conclusions were roundly criticized by evolutionists, have now been scientifically supported. The New Scientist documents the fact that:

Darwinism has mislead researchers into developing a set of therapies that have proved detrimental to treat certain back problems.  These therapies were based on the Darwinian conclusion that humans evolved from primates which walked on all fours, and that back problems were produced primarily by complications resulting from humans’ newly evolved upright posture.  In short, Darwinism teaches that our vertebral structure evolved to walk on all fours, and back problems exist today because humans now walk upright on vertebrae that originally had evolved to walk quadrupedally.  This theory has led to a treatment protocol that is now recognized as impeding healing, and has caused enormous pain and suffering.  The orthodox treatment used today is, in many ways, the opposite of the older, now disproven, Darwinism-influenced theory.[20]

As the New Scientist article documents, back pain is due to other problems, including lack of exercise, too much sitting, obesity and other reasons not due to evolution. 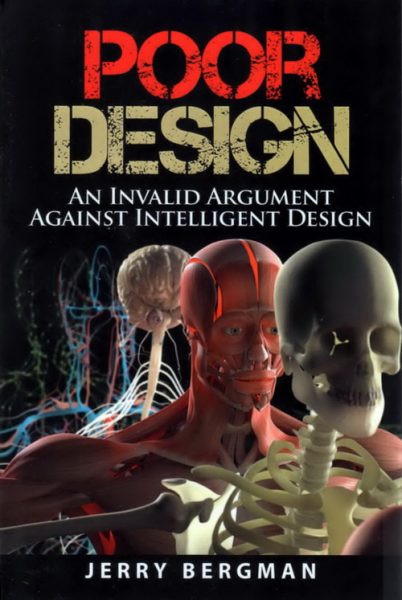 New book by Dr Bergman addresses back pain and many other alleged cases of poor design in the human body.