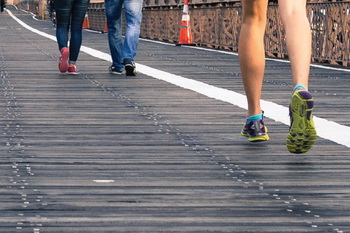 Why Did God Create Cannabis?

A Discussion about the Bible, Drugs, Cannabis, and Creation

With the recent legalization of the recreational use of the mind-altering drug cannabis in many states, and the legalization of its medical use in most states, questions arise about the drug from a creation-worldview standpoint. The main psychoactive component of cannabis is tetrahydrocannabinol (THC). One major question is, why did God create drugs that are poisonous or that can cause harm? Poisonous substances include anything that can physically harm us if we inhale, swallow or touch it. They range from bee stings to cyanide poisoning.

Creationists consider questions that arise related to God’s purpose of plants that can be used for evil. Some propose certain plants became problematic due to the Fall, or have become more dangerous since they were first created due to mutations. In light of these questions, how should Bible believers approach the political issues related to marijuana’s use today?  The Scriptures declared all creation, including plants, to have been good initially. Genesis 1 is clear: “God said, ‘Behold, I have given you every plant yielding seed that is on the surface of all the earth, and every tree which has fruit yielding seed; it shall be food for you.’”[1] Scriptures that caution ingesting certain plants are Galatians 5:20, Revelation 9:21, 18:23, 21:8, and 22:15.

A State of Mind

The Greek word used in these scriptures is “pharmakia” (Greek: φαρμακεία) which literally means “drugs,” and is the source of the English word “pharmacy.” Pharmakia is translated in our English Bible as either “witchcraft” or “sorcery” because of the strong connection of mind-altering-drugs to “witchcraft,” “sorcery,” and the casting of spells. In short, the condemnation of witchcraft is linked with mind-altering drugs such as cannabis. Thus, the concern is the abuse of mind-altering drugs that put the user in a wrong state of mind. Christians are enjoined to keep a clear, active mind: “Do not be conformed to this world, but be transformed by the renewal of your mind,” Paul said, “that by testing you may discern what is the will of God, what is good and acceptable and perfect” (Romans 12:2). To love God with all our mind, we must be in our right mind, exercising judgment, discernment, and self-control.

A major point is this: any chemical, both plant-derived and otherwise, can be abused. A second point is, “the dose level is the poison.” This means most every known chemical is not poisonous in small doses, and all chemicals are poisonous in large enough doses. The only exception I am aware of is dimethylmercury, of which even extremely small doses (less than 0.1 mL) are poisonous.[2] The conclusion that all chemicals are poisonous in large doses even includes water, which is lethal in large doses. Danger ensues if the amount of water is so high that it becomes difficult for the kidneys to process it rapidly enough. The result is too much body water, thus causing the mineral levels to become too dilute, especially when dangerously low levels of sodium result, producing hyponatremia. No more than four liters in 4 hours is a rough guideline to avoid harm, but the danger level depends on the climate and the person, their sex, weight, age, and health status.* The same thing is true of cannabis. At a low enough level, it can do no harm.

My medical school toxicology class taught by a creationist, Dr. Robert Forney, made this clear. Nothing is toxic in small enough amounts, including dimethylmercury, and everything is toxic in large enough amounts.* How toxic a chemical is depends on how easily it is absorbed and metabolized, and how rapidly it is expelled by the body. Furthermore, not everyone is equally affected by a specific toxic substance. Some animal species are more susceptible to various poisons, others far less susceptible. One classic example is that it requires 1,000 times more dioxin to kill a hamster than a guinea pig. The high level of guinea pigs’ sensitivity makes them ideal for certain kinds of toxicity research.

*Some hormetic substances are actually beneficial in small amounts, but reverse and become toxic as dosage increases.

Some compounds, although very toxic even in small amounts, also function as miracle drugs when used properly. Botulism produced by Clostridium botulinum bacteria is one of the most toxic compounds known to mankind. It is also the most toxic substance produced by living organisms, bacteria in this case. A single gram (0.04 ounces) can kill 14,000 people if swallowed – or 8.3 million if injected![3] Botulinum works by disrupting communication between nerves and muscle cells, paralyzing its victims, and leading to respiratory failure because the victim cannot breathe.[4] Extremely small doses of botulinum toxin can, however, be used to treat muscle spasms and excessive sweating. It can even be used to partly paralyze muscles that cause wrinkles. For this use it is sold commercially as Botox. 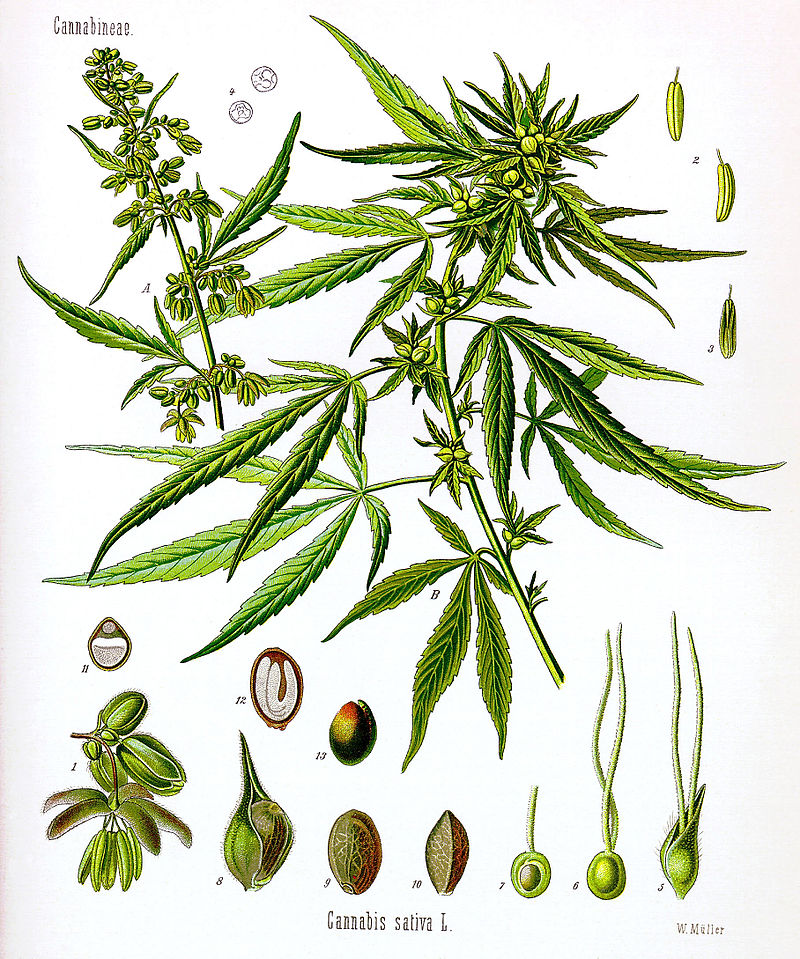 With this background, let us consider cannabis use for Bible believers. If it is used to achieve a state of normality, such as to relieve pain, this could be an appropriate use (cf. Proverbs 31:4-7). When used for the purpose of achieving an abnormal out-of-mind state, however, that would be an issue. The fact that some regard the “out-of-mind state” as a desirable state raises spiritual red flags; God wants us in “our right minds.” One has to evaluate the total effect and consequence of the results of the out-of-mind state. Compare the pleasure of marijuana with some other feelings people consider pleasurable. Some people enjoy inflecting pain on others — a tendency called sadism, and others enjoy experiencing pain — a tendency called masochism. Though called “pleasurable” by some, these behaviors often cause serious health damage, even death, and thus given the Biblical rule noted above would be condemned. Aside from the psychological harm marijuana can cause, the effects of burning cannabis leaves must be considered. The smoke contains carcinogens, such as polycyclic aromatic hydrocarbons. A desire to care for one’s body as the temple of the Lord should militate against willfully ingesting carcinogens for “pleasure.”

Given these facts, cannabis use by Bible believers needs to be evaluated critically. And Christ followers would also want to be discerning about the possible cultural effects of widespread use of substances that alter people’s perceptions, e.g., while driving or working. Enough research is now available to make some tentative judgements.

From my experience working with drug users at Alexandria House in Detroit, I spent much time discussing the motivation and experience of the clients, most of whom were in this treatment center by court order for drug use. Their response to its use varied greatly. Some described marijuana smoking like breathing smelly air and having no effect. Others noted it caused them to become irrationally paranoid, and yet others to commit crimes of violence, which is what got them into the program. The scientific research supports this experience.

From my hospital work experience, I learned that cannabis had some use in dealing with nausea from cancer drugs and relieving pain, but is much less effective than opiates. The peer-reviewed research in leading medical journals supports my conclusion that marijuana can cause, or worsen, severe mental illness, especially psychosis, a fact that has been known for over a decade.[5]

One question to ask is, “Marijuana abuse can lead to transient psychosis, but can it cause or worsen psychotic disorders like schizophrenia?” The evidence from key research reports is “that marijuana use, especially in early adolescence, can lead to psychotic disorders in adulthood, such as schizophrenia.”[6] The latest study in a special section of Nature about cannabis supported this conclusion, finding psychosis was three times greater in those who used cannabis daily compared to people who never used the drug. The researchers extrapolated this finding, concluding “where highly potent cannabis was most available, the researchers calculated that …  eliminating its use would reduce psychosis rates in London by 30% and in Amsterdam by 50%.[7]

As a whole, cannabis has the potential for causing severe psychoses, supporting its classification as a mind-altering drug that Scripture warns about. Because marijuana was illegal in the USA till recently, studies were few. More research on potential medical applications is warranted; one most recent review of the evidence was lambasted because firm scientific studies were too few and problematic.[9] Consider that it took over two centuries to finally prove beyond any doubt that smoking tobacco causes lethal diseases including cancer and heart disease. It may also take years to establish the same ‘beyond-a-doubt’ level of proof for cannabis. But enough evidence now exists to decide that the safest course by far is to avoid the drug at all costs, unless some clear medical use is warranted.[10] In the Nature special issue, Clement and her colleagues analyzed the findings of 68 reviews of cannabis research, and fully 62 found

associations between the drug and various adverse outcomes, including impaired driving, increased risk of stroke and testicular cancer, brain changes that could affect learning and memory, and a particularly consistent link between cannabis use and mental illnesses involving psychosis. Risks were highest for teenagers, pregnant women and people already at risk of mental illness.[11]

The few beneficial uses that exist for Cannabis, apart from the intoxicating effects that make it controversial, are very limited and vary according to individual factors. I am convinced from my own experience, and my review of the peer-reviewed scientific literature, that long-term use of marijuana—no matter how ingested—will eventually cause enormous problems in society. I may well in the future sadly say, “I told you so,” as have the many scientific studies of the use of marijuana. I learned from my work experience that Cannabis is highly addictive and many occasional users do, in fact, become addicted.

In conclusion, while cannabis is not “evil,” and is “just a plant” that manifests (as all of creation) clear evidence of very good design, one cannot justify smoking or eating it on that basis. Cactus is very good, but we don’t hug it. Poison oak is just a plant, but we don’t smear its leaves on our skin. Many garden plants like castor bean and poinsettia are nice to look at, but deadly in the body. Cannabis can help a few medical conditions, like certain types of epilepsy, but it is not a cure-all. And as Nature reported, it can have horrible side effects. [8] Although the use of marijuana, like cigarettes or alcohol, when not illegal, falls within individual conscience, is it worth the risks, when there are thousands of other good plants without such dangers that can satisfy us with pleasure and health? Paul’s advice to the Corinthians is relevant here: “All things are lawful for me, but not all things are profitable. All things are lawful for me, but I will not be mastered by anything.” (I Corinthians 6:12).