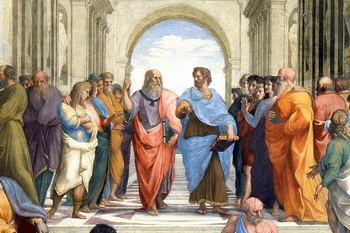 Phillip E. Johnson (1940-2019) was a unifying figure, but not a compromiser. A unique and wise influencer, his strategy will continue.

When I heard yesterday that Dr Phillip Johnson had passed away November 2, I was saddened, but I was comforted to reflect that his influence is alive and well. As “godfather” of the intelligent design movement (not “father” since design arguments go back to antiquity, and the phrase “intelligent design” predates him1), Johnson’s influence was indubitably profound for ID. But how about for creationism? There have been a few creationists who have been critical of his approach, thinking he did not go far enough to support the Bible or to identify the nebulous “Designer” as God. Most creation leaders I know, however, are highly indebted to him, as shown by their frequent use of design arguments. Was Johnson’s influence good for Biblical creationism? I argue that it was—profoundly so.

Johnson had been working behind the scenes for years since his strokes limited his physical capacity, yet his mind remained sharp. He made a brief appearance four years ago to eulogize his atheist opponent William Provine of Cornell (Evolution News), illustrating his gentlemanly manner with opponents. Most of his recent influence has been to personally encourage other leaders of the intelligent design movement (IDM). Johnson’s public influence began in 1991 with publication of his book Darwin on Trial, which caught the notice of secular scholars and theists that a new sheriff was in town: a clear-thinking legal scholar able to cut through the fog and make the main thing the main thing. Casey Luskin explained that main thing in a post on Evolution News today, “Remembering Phillip E. Johnson (1940-2019): The Man Who Lit the Match” —

With the mind of a law professor, Johnson was a master at spotting issues. And the key issue he saw in the origins debate was not the age of the earth or the differing interpretations of Genesis by Christians. It was a more fundamental question of interest to theists and non-theists alike: Is life the result of blind, undirected natural causes, or is it the result of purposeful design? By focusing on this question, Johnson transformed the entire origins debate.

Biblical creationists, understandably, are impatient to get to the gospel. To them (myself included), they want for people to get saved. Additionally, they have been burned by Christian groups that deny the Bible’s teaching on the age of the earth, or engage in compromising interpretations of Scripture (the day-age theory, progressive creation, or even theistic evolution). They feel that such wishy-washy presentations actually do more harm than good. It makes perfect sense: if one doubts the plain teaching of Genesis, how can the person trust the New Testament when it presents Christ as the Savior of the world?

To make matters worse, Biblical creationists have suffered vitriolic opposition by some of the proponents of compromise positions – sometimes more than from atheists! In response to the growing IDM in the 1990s and early 2000’s, several prominent creation leaders (and here I will not name names, which would be a distraction from my point), have written critical articles about intelligent design. It’s understandable that they would be suspicious of any new idea coming around that, while skeptical of Darwinism, omits any reference to God, Genesis or the Bible at all.

I’d like to argue that ID is different. Johnson’s approach was not confrontational to Biblical creationists, but rather supportive. This is indicated by the ironic fact that you can watch some of the same creationists who criticize ID using ID arguments in their own presentations of creation. They freely borrow terms like irreducible complexity, undirected natural causes, and intelligent design.

In his heyday, Phillip Johnson was a popular speaker in churches and Christian meetings, as well as at secular events. I am glad I got to hear him speak live on two occasions. After the first occasion, I asked him a question at the book table where he was signing books and talking to folks. I don’t recall my words, but it concerned whether we need to get people back to the Bible, and I think I came across a little arrogant. Rather curtly, without looking at me, he responded, “We must fight one battle at a time.” His point struck me, and left me speechless. The second occasion, on a more friendly note, I told him about CEH and how I was reporting on ID and creation. More cheerfully (and this was after his first stroke), he was glad to hear about it and was encouraged that many were doing their part. I think he felt that it’s going to take a lot of individuals to defeat Darwinism.

I have read each of Johnson’s books as they came out. I never found him demeaning Biblical creation, or ridiculing those who teach a young earth. It was clear to me, also, that Phillip Johnson’s Biblical faith was genuine, and was not opposed to questioning the consensus age of the earth. This became most clear in his last book, The Right Questions. Johnson did a favor to the cause of creation by sticking to one fundamental question: Design, or not design? He opened up the discussion where it was having a hard time gaining traction.2

With his astute legal mind, Johnson knew that unless we settle that question, creationists and evolutionists will talk past one another in a perennial standoff. Dr Johnson found the creationism of the late 1980s so focused on the age of the earth and the interpretation of Genesis, groups were fighting each other rather than affecting the culture. Screwtape would have loved it. Secularists could just laugh at the internecine battles and carry on, propagandizing students and everyone else in the courts, textbooks and science classrooms. Johnson’s question promised a better strategy to make the creation movement more effective: Unite the divided, and divide the united. Creationists needed an issue they could unite on, one that would act as a “wedge of truth” to divide the tough log of Darwinism, and to release the Darwinians’ stranglehold on education and the law.

Johnson basically told creationists to back up a step. He did not say that the age of the earth is an unimportant question, or that the identity of the “designer” doesn’t matter. He just advised, like he told me, “We must fight one battle at a time.” Nobody could disagree that “Design or not design?” is the fundamental question, so let’s focus on that question, he advised.

Because “Design or not design?” is a question that can be addressed through scientific arguments, this caught the secularists off guard. They were used to dismissing the YECs as ignoramuses and Bible thumpers. At school board meetings, evolutionists with their lackeys in the press could trot out the usual boilerplate about the religious right wanting to push the Bible in public schools, which (in their mistaken belief) violated the separation of church and state. Knocking over this strawman was one of their sports. They were completely unprepared when Johnson and ID scientists limited themselves to scientific evidences for undeniable instances of design in nature, while simultaneously undermining the materialist philosophy of evolutionists who relied on blind, unguided natural processes to account for them. If you can listen to one of Johnson’s debates with William Provine or with Eugenie Scott, you can sense the frustration they had with this new sheriff in town, who couldn’t be knocked off topic. He was dividing the united with the Wedge of Truth.

Phillip Johnson also worked hard to unite the divided, and largely succeeded. He brought together scholars like Dembski, Behe, Nelson, and others who, while not prepared to argue the meaning of the Genesis days, saw the wisdom in the ID strategy. In my experience, it has been rare to see the most prominent ID leaders attack young-earth creationists, even if they think the earth is old. This is very different from the OECs and progressive creationists who often resorted to ridicule in their attacks. Johnson kept his followers focused on the main thing. I personally know many of them as friends, and can affirm that arguments about the age of the earth or the meaning of Genesis do not interfere in our friendship. We have very productive discussions about evidence for design. Some of them actually agree with Biblical creationism; it is just not the first item of business. “We must fight one battle at a time,” they would agree. Just as C.S. Lewis tried to get back to basics with Mere Christianity, IDM has tried to focus on Mere Creation: the argument for design.

If you read our Site Map, you see an orderly presentation of the gospel as a series of trail junctions where one must decide which way to go. “Design or not design” is the deciding question at the peak that determines which side of the mountain you travel down. Not for a moment would I understate the importance of the follow-up questions. If anything, they become more important as you work down the decision tree. But if our listeners go down the wrong side of the mountain, they won’t be able to hear us.

Another point I like to make is that it takes a lot of different players with different roles to win a war. You need an army, a navy, and an air force. You need foot soldiers as well as office workers and suppliers. And, you need ambassadors: those who can go behind enemy lines and represent the policies of the administration. We should not demean those who don’t play the same roles we do. Even if ID doesn’t get people to pray the sinner’s prayer, it plays an important role; it gives people stepping stones over issues that otherwise would prevent them from even considering the truth. If your role is tactics, don’t demean the ones who deal in strategy. Some well-known Biblical creationists, in fact, stress the value of clearing the field before planting the seed.

There are some listeners who will be ready to believe God with no design or scientific evidence at all; that’s great. There are some who have hangups with some creationist claims. Let them become convinced of design, and maybe their thinking will start to flow. Hardened atheists who attack us on Twitter often engage in the splattergun tactic, listing all their favorite attacks on the Bible in mocking tones. Better to take away their weapon than dodge bullets. That’s what ID can do: disarm the very premise of their unbelief.

Those are some of my thoughts on the value of ID. I expect this op-ed could generate some discussion, so let us know how you feel. Better than reading about my feelings, read Johnson for yourself: buy his books or look for his speeches or debates online. Johnson appears briefly in Unlocking the Mystery of Life, a film by Illustra Media that remains one of the finest presentations of intelligent design ever made.