Astronomers are baffled by a Neptune-sized exoplanet with an atmosphere that should have burned up long ago.

It’s the size of Neptune. It orbits its host star once every 24 hours. That’s really moving. But it also means that its orbit is very close to the star, where temperatures are way too high for an atmosphere to survive. What’s going on?

New study details atmosphere on ‘hot Neptune’ 260 light years away that ‘shouldn’t exist’  (University of Kansas). Never tell a planet it shouldn’t exist if it does exist. That’s a bad reflection on the assumptions of the astronomers. The exoplanet has no obligation to conform to expectations.

The findings concerning the recently found planet LTT 9779b were published today in Astrophysical Journal Letters. The paper details the very first spectral atmospheric characterization of any planet discovered by TESS, the first global temperature map of any TESS planet with an atmosphere and a hot Neptune whose emission spectrum is fundamentally different from the many larger “hot Jupiters” previously studied.

“For the first time, we measured the light coming from this planet that shouldn’t exist,” said Ian Crossfield, assistant professor of physics & astronomy at KU and lead author of the paper. “This planet is so intensely irradiated by its star that its temperature is over 3,000 degrees Fahrenheit and its atmosphere could have evaporated entirely. Yet, our Spitzer observations show us its atmosphere via the infrared light the planet emits.” 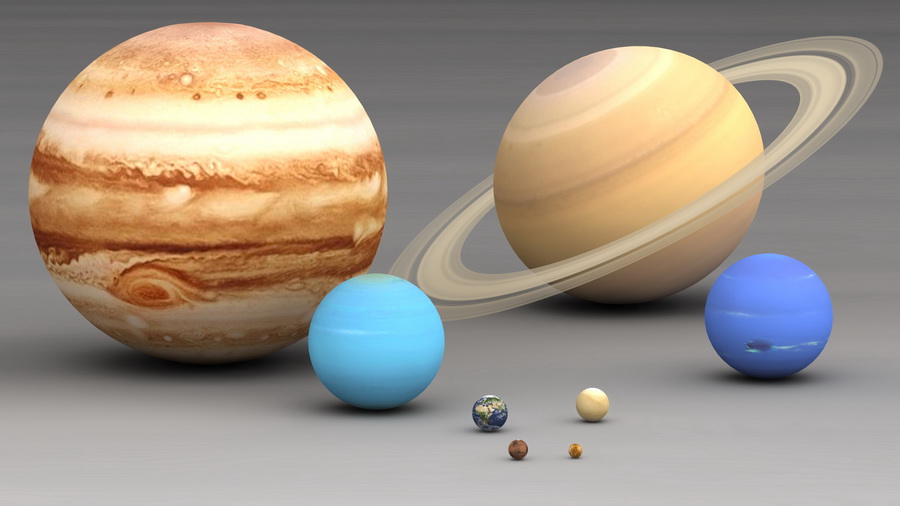 Jupiter (left) is much more massive than blue Neptune (right). A planet as close to its star as LTT 9770b is should not be able to hold onto its atmosphere against the heat and pressure of the stellar wind.

From spectra at occultation, the planet hunters were able to make measurements of the orbit and temperature. They didn’t expect to see an atmosphere on a planet this small this close to the star.

“We think this is because hot Neptunes aren’t massive enough to avoid substantial atmospheric evaporation and mass loss,” he said. “So, most close-in hot exoplanets are either the massive hot Jupiters or rocky planets that have long ago lost most of their atmospheres.”

The researchers are trying to improve techniques for detecting atmospheric conditions that might indicate the presence of life.

“If anyone is going to believe what astronomers say about finding signs of life or oxygen on other worlds, we’re going to have to show we can actually do it right on the easy stuff first,” he said. “In that sense these bigger, hotter planets like LTT 9779b act like training wheels and show that we actually know what we’re doing and can get everything right.”

The first question raised by these measurements is, “How is this planet able to retain its atmosphere?”