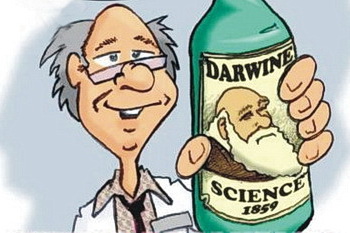 Friday Funnies: Why Our Ancestors Left the Trees

To evolutionists, there is no upper limit to the perhapsimaybecouldness index (PCI), a measure of speculative wording that would in other scientific fields lead to rejection by journal editors. Evolutionists evade this penalty by taking advantage of plot heterogeneity.

Like rate heterogeneity, which allows Darwinists to make evolution run fast or slow according to need (24 Sept 2021), plot heterogeneity allows Darwin storytellers to take advantage of the unconstrained PCI to serve as wormholes between the Science Lab, Fantasyland, and Tomorrowland where accountability for absurd beliefs can hide in futureware. Onlookers who wonder how they got from the lab to these other domains instantaneously are often swept up by the magic. When they realize what’s really going on, their “ooh aah” locutions evolve into “oh! ha!” interjections.

Primates’ ancestors may have left trees to survive asteroid (Cornell Chronicle). This piece begins with a photo of an upward-looking chimpanzee pondering what it wants to evolve into some day. Reporter Krishna Ramanujan of the prestigious ivory-league school deftly blends plots from The Magic Asteroid that Killed The Dinosaurs but Not The Butterflies and The Great Savannah Myth that tells how the descent of mammals from treetops became a pivotal step toward Einstein (21 Sept 2017). Here is the result of this plot heterogeneity: The asteroid drove arboreal mammals from the trees, which evolved into Cornell professors using language and grey matter to tell where they came from.

When an asteroid struck 66 million years ago and wiped out dinosaurs not related to birds and three-quarters of life on Earth, early ancestors of primates and marsupials were among the only tree-dwelling (arboreal) mammals that survived, according to a new study.

Arboreal species were especially at risk of extinction due to global deforestation caused by wildfires from the asteroid’s impact.

In the study [prepare to be hoodwinked], computer models, fossil records and information from living mammals revealed that most of the surviving mammals did not rely on trees, though the few arboreal mammals that lived on – including human ancestors – may have been versatile enough to adapt to the loss of trees.

Zeroing in on the origins of Earth’s “single most important evolutionary innovation” (Massachusetts Institute of Technology, MIT). And the winning Jeopardy question for this answer is, “What is photosynthesis?” Ding! One of the most complex processes in all of life—photosynthesis—just appeared. Evolution did it. Darwin Party hack Jennifer Chu tells us so: “A new study [prepare to be bamboozled] shows oxygenic photosynthesis likely evolved between 3.4 and 2.9 billion years ago.” In this short article, the e-word evolution and its derivatives appear 19 times. Readers are told about an evolutionary moment when an evolutionary innovation occurred, leading to an evolutionary history. Plot Heterogeneity allows for conflicting narratives, as long as Darwin always wins.

Fournier says different age estimates can imply conflicting evolutionary narratives. For instance, some analyses suggest oxygenic photosynthesis evolved very early on and progressed “like a slow fuse,” while others indicate it appeared much later and then “took off like wildfire” to trigger the Great Oxidation Event and the accumulation of oxygen in the biosphere.

Notice the rate heterogeneity in these conflicting narratives too. Chu demonstrates that “evolved” and “appeared” are synonyms, revealing both words’ reliance on the Stuff Happens Law. The wormhole between the Science Lab and Fantasyland allows for instantaneous translocation.

Earthly Lava Tubes May Offer Insights into Extraterrestrial Life (American Geophysical Union Eos). “New research finds that Actinobacteria in lava caves fix carbon and survive independent of surface inputs, offering a fresh perspective in the search for life beyond Earth,” writes Aaron Sidder. The assertion of this press release, stated in syllogistic form, goes like this:

The name of the logical fallacy in this syllogism is left as an exercise. The paper is published in JGR Biogeosciences with adequate Jargonwocky to conceal the fallacy that bacteria in a cave on a highly-habitable planet filled with life has “widespread implications for cave habitation on Earth and the solar system.”