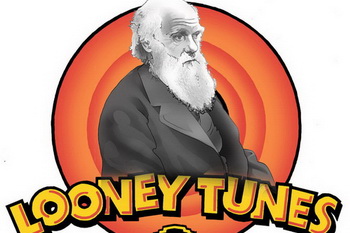 How Darwinists Cheat by Assumption and Repetition

Repeating the same assumption over and over has an effect on
students and the public. It says, “Do not believe your lying eyes!”

If people did not hear “it evolved” so often, they might think it was a really, really stupid thing to say. Watch Darwinists use it in several recent examples. Prepare your mind first by trying to imagine any complex system with multiple interacting parts that built itself by chance. Even if you are an evolutionist, try it. An airplane? a speedboat? A spaceship? Can you even conceive of something like that coming together mindlessly, blindly, by a series of accidents?

Now, read how Darwinists talk about such things when they find them in living organisms.

Have you ever in your life read a more ridiculous idea than the opening words of this paper? Before seeing the quote below, realize that the bacterial flagellum is one of the best-known icons of intelligent design (see Unlocking the Mystery of Life). It was publicized by Dr Michael Behe in Darwin’s Black Box back in 1996, 25 years ago. Any scientist who doesn’t know this must have been living in a cave somewhere. It gets worse: Scientists’ understanding of the awesome design of the flagellum has grown more sophisticated since 1996. This nanoscale motor can rotate 100,000 rpm with almost perfect efficiency, then switch direction in a quarter-turn. It’s built from the inside out. And some bacterial species have multiple flagella that coordinate their motions! Human engineers cannot come close to a motor this sophisticated. Now read the opening lines of the paper: 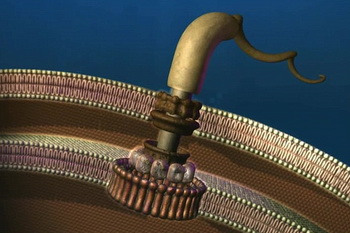 Bacteria have evolved appendages called flagella that are spun by an ingenious rotary motor that harnesses electrochemical energy to power rotation. To uncover and understand nature’s blueprint of this nanoscale engine, an integrative structural biology approach is required. We used a combination of mutagenesis, cryogenic electron tomography, and crystallography to reveal the architecture of a circle of rings scaffold that likely serves to organize and stabilize individual power-generating units of the flagellar motor in their active form. The knowledge about the structure–function relationships within the bacterial flagella motor is a source of inspiration for nanotechnology and can be one of the first steps toward making artificial motors on the same scale or controlling motility for medical applications.

Yes, flagella are ingenious, have a blueprint, act like engines, possess an architecture, generate power, and inspire engineers, but … they evolved. Bacteria evolved them, we are told.

You’ve got to be kidding. How?

Diagrams of some of the parts of a flagellum (Fig 5 fromTachiyama et al, PNAS, 1/25/22, who claimed it evolved). This exquisite rotary engine has a rotor, a stator, a U-joint, a propeller, and more. It spins at up to 100,000 rpm. It approaches 100% efficiency, running on proton motive force. All the parts are coded in DNA. The machine is built in a carefully orchestrated manner in the membrane, with just-on-time delivery of parts, and runs with feedback and sensory mechanisms. This just “evolved”?

Muscular study provides new information about how the largest dinosaurs moved and evolved (University of Bristol). A drawing of the muscular system in the legs of a powerful dinosaur opens this article. Think of the complexity of leg muscles: from macro to micro, musculature boggles the mind in complexity. Nerves fire the muscle fibers and receive feedback for reflexes and programmed control of each step, tied in with the senses of vision, hearing, smell and touch. Muscles are multi-level hierarchical structures of cells bundled into force-generating masterpieces, powered by molecular machines like kinesin and ATP synthase at the nanoscopic level. They are attached to bones at the correct leverage points, maintaining perfect attachment from fetus to adult. Think of what that requires for a dinosaur hatching from an egg and growing into a 50-ton powerhouse of a beast. 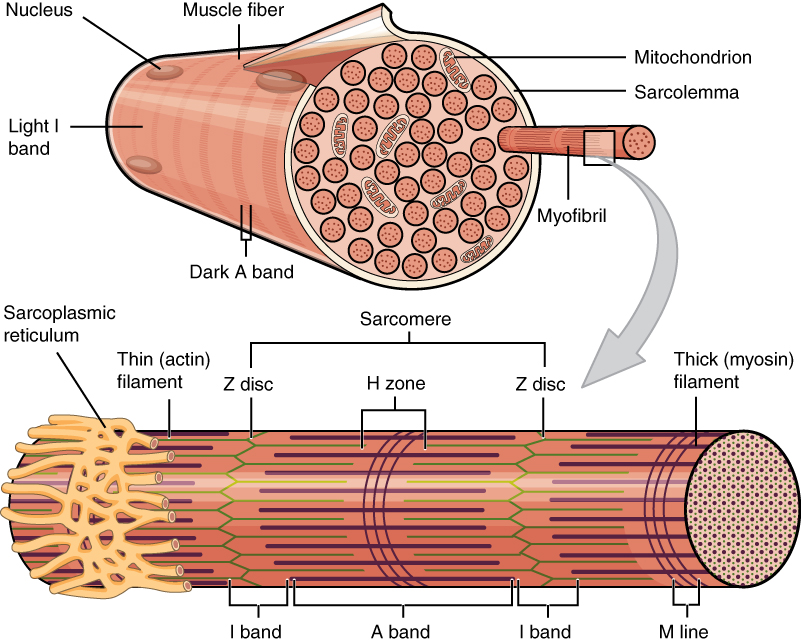 Look at the illustration and try to visualize the complexity represented. Then see what the press release says. It uses evolution-words nine times in a short article!

This dinosaur was one of the first ever to be discovered and named by scientists, in 1836, but it still surprises scientists with new information about how the earliest dinosaurs lived and evolved.

Everything in this article is evolutionary, even though the actual research concerned incredible levels of design.

Indoctrinating Children into The Cult

Curious Kids: why didn’t other creatures evolve the intelligence humans have? (The Conversation). The indoctrination by repetition begins early. In this “conversation” (indoctrination), Barry Bogin, a “professor of biological anthropology” uses the e-word to channel a student’s question along Darwinian lines: no intelligence allowed. Why, even intelligence evolves!

If humans and other animals were living in the same environment, why didn’t other animals evolve like us? – Sami, aged 13, London, UK

This is a brilliant question. Humans have evolved differently to other animals. We have much bigger brains relative to body size and in absolute size than other mammals, and have a level of intelligence that other animals don’t.

“Professor” Bogin struggles to keep poor Sami in the slot canyon of Darwinism.

The reason that living things evolve certain features, like stripes on a tiger, bright colours on a butterfly or a big brain in humans, is that these features have benefits that help them survive…. Only humans and some of our ancestors evolved this kind of symbolic communication.

How’s that for an answer? Intelligence is handy, so evolution evolved it. This is not only stupid, it completely fails to answer Sami’s question! He asked if other animals live in the same environment, why didn’t they evolve like us? Yes, it was a brilliant question, which Bogin dodged. It was a question that should have falsified Darwinism. So intelligence has “benefits” that help dumb animals survive? Then it should have endowed the butterfly and the tiger with big brains, too. Lesson: evolution builds big brains except when it doesn’t, and you had better not try any other explanation! It evolved. Got it? Whatever exists, it evolved!

We have to stop these people. Nuts are running the academy. This is crazy talk. “It evolved” – as if that ends all discussion. ‘That irreducibly complex flagellum? It evolved. Stuff happens. That’s all you need to know. Repeat after me: it evolved. It evolved. It evolved…. You are getting sleepy…. sleeeeeepppppyyyyyy…..’

What kind of scientific explanation is that? Philosophers, speak up!

There are members of the intelligent design community who advise that we cannot expect to turn this situation around by attacking Darwinism; we need to give researchers a reason to pursue design explanations. Maybe so, but I fear that is a false hope. Darwinism is so deeply entrenched in the education system, the media system and in government funding systems, it is not going to happen any time soon. Any young scientists without tenure have to fear for their careers if they wish to buck the Darwin Totalitarian Dictatorship.

But there is one strategy that works in tyrannical regimes. It’s to play the part of the little boy in The Emperor’s New Clothes, who innocently shouts in the hearing of bystanders, “The emperor is naked!” Guffaws and snickers are heard. They get louder. Pretty soon the crowd is laughing uproariously. Why? Because they all knew it, but were afraid to say it. An innocent little boy just spoke the truth of what he observed. The emperor, red-faced, retreats and calls for a guard to get a robe to wrap in. He will never recover his respect with that crowd.

When you read these three news stories relying on the “It evolved” repetition strategy, did they seem a little less normal than before? Were your eyes opening up? Did the scales fall off a little, with a hint of a thought arising that the Darwinists were foisting a con job on you? Well, CEH is yelling “Emperor Charlie is naked!” and it’s OK to snicker, guffaw, and burst out in laughter. When enough of us are laughing, the journal editors, science teachers and elitist professors will harrumph, pack up their notebooks and march off in disgust, muttering that the stupid peasants don’t know invisible robes when they see them.