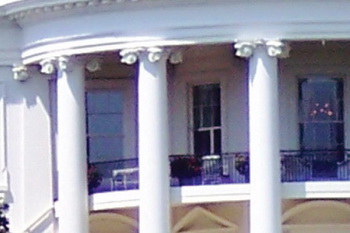 Some researchers are pushing harder for human embryonic stem cells over induced pluripotent stem cells.  Other news overlapping with ethics is noted in this entry.

A man in a vegetative state for 16 years showed signs of reacting emotionally to a Hitchcock thriller.  Science Magazine tells controlled experiments with normal patients and two vegetative-state patients in a functional MRI scanner while watching an 8-minute episode by master of suspense, Alfred Hitchcock.  A 35-year-old man had very similar brain wave responses to the program that the normal people did.  A young woman in a vegetative state, however, did not.  The study opens a new way to look for signs of consciousness in such patients, the article says.  Readers can feel for the despondent father who had lost hope:

Still, the study has provided some comfort to the patient’s family, she says. For many years after his injury, his father took him to see a film once a week, based on the conviction that he enjoyed it, she says. Eventually he stopped, but “we now do believe that this individual is enjoying being taken to the movies,” and that “we should provide more enriching environments” for such patients, she says.

Nature adds that his brain responses were “indistinguishable from a healthy participant watching the movie” and came from “brain activity in the executive and sensory brain areas,” indicating probable conscious reaction to the actual plot.  It’s impossible to know what the man was experiencing, of course, and most “brain-dead” patients show no reaction to these kinds of tests.  Still, this study adds ethical urgency to questions about “pulling the plug” on patients unable to give visible indications of their mental states.

Elizabeth Palermo seemed glad to be able to stick it to religious moralists in Live Science in her article, “Religion Doesn’t Make People More Moral, Study Finds.”  Psychologist Dan Wisneski’s experiment with 1,252 adults using smartphones to catalog their actions five times a day over three days apparently didn’t find a statistical difference between “religious” and non-religious participants, or between political liberals and conservatives.  “The study’s findings may come as a shock to those who think religious or political affiliation helps dictate a person’s understanding of right and wrong,” Palermo quipped.

Details of Wisneski’s experimental design, however, are unclear from Palermo’s account; certainly there can be very different sensibilities between religions (e.g., reformed Jews vs ISIS, liberal mainline churches vs evangelical).  Does the population with smartphones behave differently than those without?  Did he correct for the possibility that “religious” people might have been more alert to moral conditions, more contrite, and more conscientious in reporting than the other group?  Were definitions of morality clearly defined, or up to individuals to determine?  The article led to some lively comments, some of them questioning secular science’s ability to classify what is “moral.”

If anyone thinks scientists can model morality for us, they should notice two other recent news reports.  On PhysOrg, Margaret Hardy wrote sternly that “We need to talk about the sexual abuse of scientists.”  Apparently, sexual intimidation and outright abuse of women science students by lead scientists on field studies is too rampant to ignore any longer.  Then, New Scientist preached, “It’s time to criminialize serious scientific misconduct,” airing the views of Richard Smith who has observed scientific misconduct and fraud for some 30 years.  Those lab coats don’t look so white any more.

New Scientist is giddy over the prospect of “ultimate stem cells” created in a lab by tweaking human embryos.  The results were published in Cell.  Here’s what the team did:

Called naive stem cells, these have long been known in mice and rats, but they have never been found in humans.

To make them, Smith and his colleagues mimicked the process that creates their mouse counterparts. They gave human embryonic stem cells extra copies of two genes, Nanog and Klf2, which triggered the gene network needed to make the naive cells.

The article does not make it clear if producing these naive cells for applications will require destruction of more human embryos, or if the research team just wanted to find out if the naive cells exist in the human body and can be harvested from adults.  The latter might be inferred from a statement showing that previous work has been controversial:

The best ones are “pluripotent”, meaning they can turn into anything. Such cells have to be taken from embryos, which is controversial, or made by reverting adult cells to their embryonic state, called induced pluripotent stem cells.

“We created a pulmonary valve that is unique to the individual patient and contains living cells from that patient,” study senior co-author Dr. Sunjay Kaushal said in the news release. “That valve is less likely to be destroyed by the patient’s immune system, thus improving the outcome and hopefully increasing the quality of life for our patient.”

What about native stem cells already in the body?  Medical Xpress reported evidence that debunks the “mythology” that mesenchymal stem cells rush from the bone marrow to the site of organ injury.  While this is bad news, it will clear the way for finding how to extract and manipulate these stem cells in other ways.  Another article in Medical Xpress shows that marrow-derived stem cells show promise in treating lung disease.  Another study mentioned by Medical Xpress shows hope for treating muscular dystrophy patients with muscle stem cells.  And a rare kind of stem cell in testes may help men restore fertility after cancer treatments, Science Daily reported.

An exclusive source told CEH that adult stem cells are being used on horses with sensational results.  Serious injuries to the muscles and tendons of horses are now routinely healed with adult stem cells, proving in principle that similar success with human adult stem cells is highly likely—probably just a matter of time as treatments go their laborious paths from clinical trials to approval.

Is Evolutionary Ethics the Answer?

The National Science Foundation thinks that “evolutionary principles could help save our world.”  The press release talks primarily about climate change and other man-caused disasters in this “Anthropocene” era.  Thomas Smith of UCLA wants to make sure human changes to the environment don’t outrun life’s ability to evolve.

Evolutionary biologists don’t have all the answers, said Smith. And using applied evolution is not without risk. But we have reached a point “where we need to take risks in many cases,” he said. “We can’t just sit back and be overly conservative, or we’re going to lose the game.“

But why should evolved beings with brains derived from apes care about feeding the hungry, healing the sick, and caring for the land?  No other animal took purposeful action to avoid the effects of natural selection when entire populations went extinct in the presumed roller-coaster ride through past climate episodes; why should we?  Those questions were neither asked nor answered from a materialist, Darwinian viewpoint.  The Origin preaches survival of the fittest, not love thy neighbor.

Science cannot operate without morality, but there is no morality if we are physical collections of cells evolved from material particles.  Christians may not always be able to claim the moral high ground by their behavior, but they have a moral pole star in the life of Christ and the Greatest Commandments He taught (to love God with all one’s heart and to love others as oneself).  Christ also proclaimed the ultimate value of truth, condemning Satan as the father of lies, telling Pilate, “I have come to bear witness to the truth,” and telling His disciples that they shall know the truth, and the truth will set them free.  Truth and love are the guide stars of ethics.

Under those guide stars, the details of particular situations sometimes become complex and controversial.  Is a “brain dead” person really brain dead?  Until fMRI, some doctors and scientists presumed the lack of visible responses indicated yes.  Now, it seems there is some conscious life left in some of them; how should they be treated if the brain scans are ambiguous?  Is a one-celled human embryo a full person, deserving of life, liberty and the pursuit of happiness, even if it can never be implanted in a womb?  If it is in a freezer, how is it to be treated, and for how long?  When does a mistake (like a premature rush to a conclusion) cross the line into fraud?  When is a glance or remark inappropriate?  When is it the fault of the hearer for misunderstanding it?

Ethical people may differ in particular cases, but if we all have the right pole stars of truth and love informed by the Bible, and believe them to be timeless and eternal, we can at least have rational discussions.  God has given judges and elders the responsibility of using their God-given wisdom to decide difficult cases.  But if there are no guide stars, the world is up for grabs as people walk after the imaginations of their own hearts and do what is right in their own eyes.  Usually, it will be the powerful who dictate their desires on everyone else.

Exercise:  Can you debunk the NSF press release from its own presuppositions?