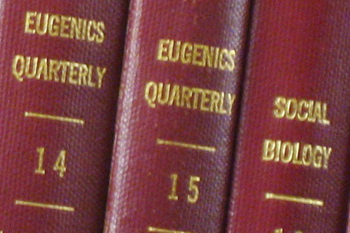 Censor paid $10,000 but refused to un-censor the censored article!

About the same time that I was working with my editor to complete the final edits for my latest volume in the Slaughter of the Dissidents series,[i] I came across the following headline: “Journal Apologizes and Pays $10,000 After Censoring Article.” It was written by John G. West for Evolution News, and dated June 7, 2011. [ii]

The article describes an egregious breach of academic ethics perpetrated on mathematics professor Granville Sewell from the University of Texas, El Paso. I tell his story in my book, Censoring the Darwin Skeptics, due out this year. The development West wrote about adds to what I had already documented in my book.

Sewell had written a paper titled, A Second Look at the Second Law [of Thermodynamics]. In this paper, Sewell simply detailed what is obvious: everything including life is affected by entropy, meaning we get old, our body wears out, and eventually we die. The word entropy is from the Greek entropia, which means “turning toward” and was used in English in 1868 by German physicist Rudolph Clausius to describe the measurement of increasing disorder of all physical processes. The law of increasing disorder challenges Neo-Darwinism because Darwinism requires the opposite to normally occur. Life should start out as a blob of undifferentiated matter and evolve upward until it ends up as humans or some other higher life form.

Sewell’s article had been peer-reviewed and accepted for publication by the journal Applied Mathematics Letters. But then, a Darwinist blogger—self-described as an “opinionated computer science geek”—took up a crusade against the paper. Rather than respond to the article (as would have been the appropriate response of a scholar), he simply wrote to the journal editor and denounced it. The editor caved and pulled Sewell’s article in violation of his journal’s own professional standards.

The journal’s rules are: the acceptance of an article cannot be rescinded after an author has been notified of its acceptance except only “under exceptional circumstances,” such as fraud, major errors, or ethics violations. When a complaint is lodged against an author, the general rule is for the journal editor to contact the author to give him or her the opportunity to respond or comment. Sewell was not provided with this opportunity before his article was pulled.

The editor may have been aware of what happened to biologist Richard Sternberg at the Smithsonian after Sternberg had allowed a peer-reviewed article favorable to intelligent design to be published in the biology journal that he edited. (To find out what happened to him for that infraction, see Evolution News.)

One of the favorite claims of the Darwin lobby is the claim that intelligent design scientists do not publish peer-reviewed research. The fact is, intelligent design scholars do publish peer-reviewed articles in spite of the Darwin lobby’s efforts to censor them. After Dr. Sewell’s article was pulled, West says, “Darwinian zealots crowed about their achievement and maliciously speculated that the article was withdrawn because it wasn’t really peer-reviewed or because it was somehow substandard”. The editor apologized and set the record straight, stating that “Dr. Sewell’s article was peer-reviewed and accepted for publication.” He then paid $10,000 to settle the claim. Justice done? No; he refused to reinstate the article even after admitting that the article was not withdrawn because of “any errors or technical problems found by the reviewers or editors”!

One of the most egregious cases illustrating the all-too-common habit of censorship by Darwinists happened in 2016 when a peer-reviewed scientific paper was retracted solely for using the phrase “proper design by the Creator.” Only two words were mentioned as objectionable in the retraction, namely “design” and the capitalized word “Creator.” As noted by Evolution News & Science Today, there appeared to be some confusion in the translation from Chinese to English, with the authors unaware of connotations of the “C-word” in American academic culture. The exact words of the publisher’s retraction post were: “Following publication, readers raised concerns about language in the article that makes references to a ‘Creator.’”  This serious sin by the authors was treated as even more egregious to PLoS than if they had published erroneous medical research that resulted in the loss of lives.

Thus, a single word can result in a retraction if it casts any doubt about Darwin. The corresponding author was Huazhong University of Science Professor Cai-Hua Xiong. The mistake, now dubbed “CreatorGate,” resulted in the journal, PLoS One, experiencing an unprecedented storm of controversy.[iii]  So serious was use of this one word that the public relations manager for PLoS, David Knutson, wrote that “the academic editor who handled the paper has apologized for his serious error, and was asked to step down.”[iv]

As John West correctly wrote, there exists a war on science today, but it’s not being waged by creationists (or by any skeptics of Darwinism). Instead, it’s being waged

by Darwinian fundamentalists who are attempting to prevent any voices except their own from being heard in the scientific community. They seem willing to do virtually anything to silence their critics—from denying them tenure, to preventing them from being hired, … to censoring peer-reviewed articles by scholars with whom they disagree.

[iii] Kaplan, Sarah 2016. “#CreatorGate: How a study on hands sparked an uproar about science, God and ethics in publishing.” The Washington Post March 8, 2016.

Dr Jerry Bergman, professor, author and speaker, is a frequent contributor to Creation-Evolution Headlines. His Author Page includes a list of his previous articles. See also his three-volume series published by Leafcutter Press that details the unfair treatment received by those who dare to question Darwinian evolution: 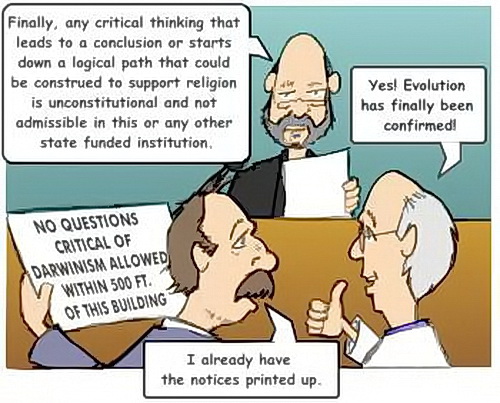