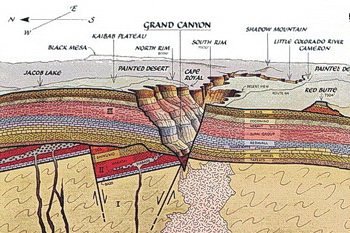 The Sociology of Climate Science

What has become known as “climate science” offers an opportunity to investigate the sociology of science and ask how political biases influence individual scientists.  Since the lukewarm political response to the Rio conference, news articles indicate that climate science has a climate of its own – one that’s heating up over the inability to convince the public.

Punk eek in the data:  Even before the Climategate scandal, skeptics of human-caused global warming pointed to historical warming trends that preceded factories and SUVs.  Another paper in Science this past week added to the ways that non-anthropogenic factors can cause major climate changes.  Wortman and Paytan published a paper proposing “Rapid Variability of Seawater Chemistry Over the Past 130 Million Years” that “are likely to affect ocean productivity, the global carbon cycle, and climate,” even though humans were not around then in the evolutionary timeline (Science 20 July 2012: Vol. 337 no. 6092 pp. 334-336, DOI: 10.1126/science.1220656).   The fluctuations they found could be true of the entire geologic column.  “The record is characterized by long phases of stasis, punctuated by short intervals of rapid change,” they said, reminiscent of punctuated equilibria (“punk eek”) in Stephen Jay Gould’s biological theory of evolution.  The paper was summarized by Science Daily.  “Humans get most of the blame for climate change, with little attention paid to the contribution of other natural forces,” the summary began.  “Now, scientists from the University of Toronto and the University of California Santa Cruz are shedding light on one potential cause of the cooling trend of the past 45 million years that has everything to do with the chemistry of the world’s oceans.”  Whether cooling trend or heating trend, the point is that humans didn’t do it.

Laughing gas:  Another factor in the battle for public acceptance of anthropogenic global warming is the apparent silliness of some of the scientific claims.  On New Scientist, for instance, Michael Marshall headlined his latest article, “Belch of laughing gas could heat up our planet.”  He wasn’t talking about climate skeptics laughing over the latest claims, releasing carbon dioxide in their breath, but natural releases of nitrous oxide after the ice age.  Even so, part of the problem for skeptics is making sense of the conflicting data.  Each new revelation is greeted with a tentative announcement: it “could” heat up our planet.  But how would anyone test the idea?  This natural gas release, long before the industrial revolution, opposes putting humans at fault: if ancient warming released laughing gas, why should we be blamed if current ice sheet melting releases it again?

Drastic actions: A third factor antagonizing the public is the extremity of proposed measures to fight global warming.  The proposed redistribution of wealth by taxing of industry is well known, but some measures are even more severe.  National Geographic listed “6 Extreme Climate Fixes” that “geoengineers” are proposing to reverse human-caused warming, including dumping vast amounts of iron into the ocean to promote plankton blooms, creating “artificial volcanoes” to pump reflective particles into the atmosphere, creating seaweed farms, cooking agricultural waste, “greening” the desert, and building an armada of cloud-making ships.  Most of these ideas would barely make a dent in the problem as climate scientists fear it.  What’s more, they fail to ask the logical follow-up question, “At whose expense?”

Presumably, it is concern for the biosphere driving the urge to stem global warming, yet some of the proposed measures could be extremely harmful to species or could shift the food chain in unexpected ways.  Environmentalists have a reputation for stopping private construction projects and preventing landowners from making decisions about their own property out of concern for endangered species.  Where were they when it became widely known that “green energy” windmills were killing thousands of birds and bats each year?  Where are they now with the proposal to alter the world’s oceans?

Selective evidence:  Members of the public might be understandably forgiven for expressing doubt when anything and everything is summoned as evidence for anthropogenic global warming: cold winters and warm winters, wildfires and excessive rains.  Are the fearmongers crying wolf too often?  Nature News held up the ominous spectre of wildfires to human guilt: “As temperatures soar, forests blaze and houses burn, the media and public may be forced to face up to the reality of a changing climate, says Max A. Moritz.”  Moritz did not put wildfire statistics into any historical context, nor did he take into account the encroachment of human habitation into forested areas.  For these and other reasons, one commenter didn’t buy it: “Once again Nature editors are pushing the catastrophic man made global warming mantra,” he complained.

Selective indignation:  At the BBC News, reporter Richard Black was apparently more concerned over the news that the Norfolk police force, after two and a half years, is dropping its investigation into the release of the emails in the Climategate affair, than he was of the lies and coverups by the IPCC exposed in those documents:

Here was a crime with international ramifications that happened on their patch – the theft and release of more than 6,000 e-mails and other documents that lit a fire under mainstream climate science, perhaps contributing to the torpor in the UN climate process and raising the level of doubt in public minds.

Yet despite engaging help from the UK’s specialist e-crime unit, IT security consultants and police forces in other countries, they’ve identified not a single suspect.

This kind of selective indignation understandably rankles climate skeptics who want the focus to be on the data, not the leakers.  These same people did not show similar outrage over Wikileaks actions that jeopardized national security; some of them actually cheered it.

As an academic discipline, the sociology of science seeks to uncover non-empirical factors that cause scientists to behave the ways they do: peer pressure at conferences, consensus construction and maintenance, treatment of maverick views, and more.  Empirical scientists have just as much right to return the ball and question the sociological biases of the sociologists and the validity of their data.  Onlookers can watch and decide whether any human being acting in the role of scientist is free of bias.

Climate change (a.k.a. global warming) is off-topic for CEH except in the fact that the same doctrinaire warming advocates tend to be doctrinaire Darwinians.  They also tend to be political leftists by virtue of the fact that they expect the government or the UN, not the people, to make decisions for everyone else, with no regard to individual rights, private property or the burden on taxpayers.  Incidentally, some of them display the same carelessness with data – willingness to ignore data that contradicts their ideology.  Understanding the political dynamics of this parallel issue can go a long way to interpreting the next news from the Darwin Party.