May 14, 2010
The news media and journals continue to publish one-sided statements against intelligent design (ID) – even though scientific evidence continues to support design on many fronts (see 05/11/2010, 05/07/2010, 05/06/2010 from just this past week).  Sometimes, in other venues, the kind of rhetoric employed would be characterized as hate speech.  These statements are usually printed […]
CONTINUE READING

April 26, 2010
“They’re coming to get us, and I’m sure of it, because I know everything.”  What would you think of someone who talked like that?  What if he were one of the most famous cosmologists alive today?  The man is Stephen Hawking – that wheelchair-bound math wizard who talks with a speech synthesizer and once fell […]
CONTINUE READING 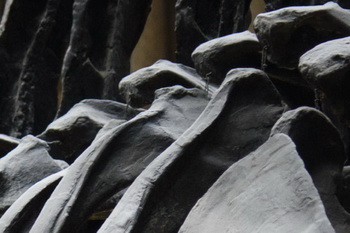 How Much Can One Bone Say?

March 26, 2010
Two fossil discoveries are generating a lot of news from a single bone.  The first is a dinosaur hip.  The second is a human finger.  How much weight can a single bone carry? Australian tyrannosaur:  The tyrannosaurid dinosaurs had a distinctive hip bone.  Live Science cast any doubt on the claims: “it’s still a hypothesis […]
CONTINUE READING

Ida Not a Human Ancestor

March 3, 2010
If Ida known then what I know now: the media-frenzied presentation of Ida (Darwinius masillae) as a distant relative of human beings last year has been debunked.  “Many lines of evidence indicate that Darwinius has nothing at all to do with human evolution,” said Chris Kirk (U of Texas) in an article on Science Daily.  […]
CONTINUE READING
Media

February 18, 2010
Reporters need to stop regurgitating the self-promotion of scientists and start criticizing them, a veteran science reporter wrote in Nature News.  Colin Macilwain had a lot to say about what’s wrong with science’s relationship with the mass media.  “Like sausages being made, or legislation being passed, the process that turns scientific developments into headlines and […]
CONTINUE READING

February 5, 2010
Don’t open it; that can of primordial soup sitting on the shelf for decades is rotten.  PhysOrg announced, “New research rejects 80-year theory of ‘primordial soup’ as the origin of life.”  In its place come new theories about tiny chemical cooking pots in the pores of deep-sea vents.  Pioneered by Michael Russell (02/15/2008) and others, […]
CONTINUE READING

January 25, 2010
The BBC is going to air a movie made by chimpanzees.  (Note: This is not a Planet of the Apes remake.)  A primatologist working on her PhD gave some chimps at the Edinburgh zoo a “Chimpcam,” a camcorder in a “chimp-proof” box, to see what they would come up with.  “Despite the fact that the […]
CONTINUE READING

January 25, 2010
What are aliens doing in science news reports?  There is no evidence they even exist.  That has not hindered some scientists from speculating.  BBC News reporters Pallab Ghosh headlined an entry “Astronomers hopeful of detecting extra-terrestrial life,” and adorned it with a Hollywood-style alien corpse.  The article highlighted the optimism of Lord Rees, the president […]
CONTINUE READING 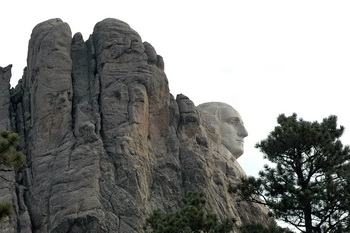 December 31, 2009
Even some Darwinians are growing weary of Darwin hoopla.  The Darwin Bicentennial and Origin of Species 150th Anniversary celebrations have come and gone, but Darwin is just as contentious and controversial as ever.  Historians may remember not just the pro-Darwin celebrations of 2009, but the strong internet and media presence of Darwin skeptics.     […]
CONTINUE READING

December 30, 2009
They had a contract.  The American Freedom Alliance (AFA), which takes no official position on Darwinism vs Intelligent Design but wanted to present both sides of what they considered an important public issue, was scheduled to show two films at the California Science Center’s IMAX Theater – one which assumes evolution, and one which argues […]
CONTINUE READING
Media

December 10, 2009
Wernher von Braun developed rockets in Germany that were used by the Nazis, then came to America, became an American citizen, and pioneered the American space program, including landing man on the moon.  Qian Xuesen developed rockets in America then moved to China, where he joined the Communist Party and pioneered the Chinese space program […]
CONTINUE READING
Media

Can Scientists Conspire to Mislead?

November 26, 2009
Scientists are only human.  Objectivity may be a noble aspiration; empiricism a worthy goal – but recent scandals illustrate the propensity for large-scale manipulation and misdirection by the very people supposedly devoted to intellectual integrity.  Though off-topic for Creation-Evolution Headlines, the flap over stolen documents that appear to reveal collusion to support anthropogenic global warming […]
CONTINUE READING

October 19, 2009
Science news outlets have put out some bizarre headlines recently.  Readers can judge whether they should be blessed with the label “science” or belong instead at supermarket checkouts. Women are evolving fatter:  New Scientist and PhysOrg said that natural selection is making women shorter, plumper and more fertile.  “The take-home message is that humans are […]
CONTINUE READING

September 30, 2009
As the 150th anniversary of the publication of Origin of Species approaches in November, institutions are promoting Darwin in some bizarre ways.  When other events are held critical of Darwin’s ideas, though, the sponsors know to expect trouble and media distortion.     Last night, the new film Darwin’s Dilemma (review) was shown in the […]
CONTINUE READING