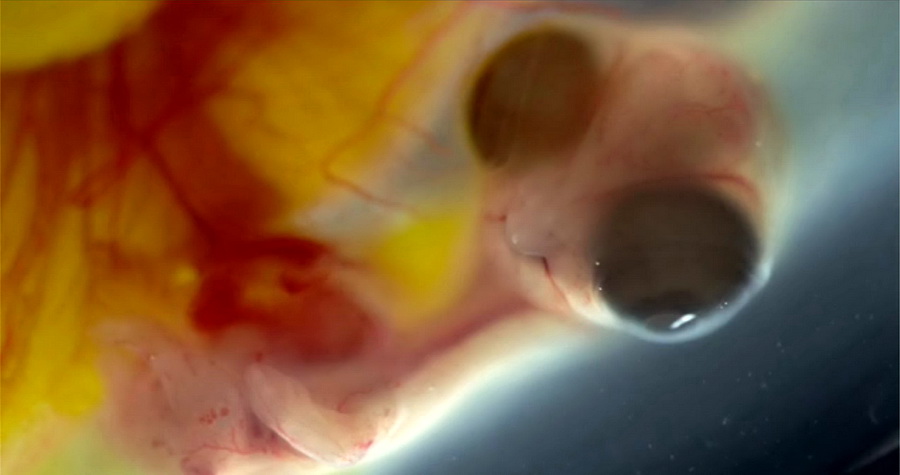 A Bird Is Born

Illustra Media has packaged its stunning clip from Flight: The Genius of Birds about an egg hatching into a new standalone short film. It’s called, “A Bird Is Born.” Watch all the choreographed steps that must occur on time and in the right sequence in order to get a living chick out of an egg:

This short film is easy to share on social media. It and many other short films can be viewed on TheJohn1010Project.com.

A Feather Pattern Is Born

One of the steps in the development just got more scientific research. In “How bird feather patterns form,” Phys.org shows a photo of what looks like a plucked chicken in a butcher shop, but it’s actually an ostrich embryo before the feathers emerge. Something stands out as you look at it: the orderly arrangement of follicles in a hexagonal pattern. How does that come about?

According to a new study published February 21 in the open-access journal PLOS Biology, led by Dr. William Ho and Denis Headon of the University of Edinburgh, and collaborative colleagues, the patterning of bird feathers relies on signaling through ectodysplasin (EDA) and its receptor EDAR—the same signaling pathway known to be crucial for the formation of hair follicles, teeth and scales in fish, lizards and mammals.

During a bird’s development, feathers first arise in a row along the middle of the back (the dorsal midline), with rows of new feather buds added sequentially in a spreading wave. 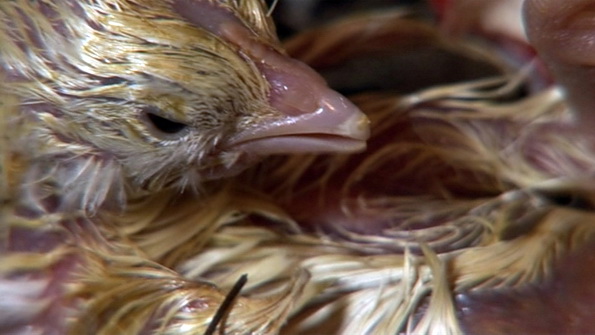 You can watch this pattern emerging in a 5-second video animation in the article. The secret is in complex feedback loops between molecular machines (enzymes) and signal molecules.

Scientists have revealed how bird feathers form in a wave-like motion, creating a regular pattern in the skin. The team has identified chemical signals that are switched on and off in the birds’ skin as feathers are arranged sequentially. The findings could help design strategies to reduce feather density in farmed birds that can be prone to overheating, which is a major welfare concern in tropical climates, researchers say.

A Defect is Born

The scientists note that, “Intriguingly, the researchers found that, in contrast to chickens and ducks, these waves and the precise hexagonal array of their feather patterning have been lost via different developmental routes in the flightless emu and ostrich.” In the paper on PLoS Biology, the authors say, “the evolutionary loss of emu feather tract patterning in the dorsal skin is a result of a mesenchymal defect, with the emu epidermis being competent to participate in feather development.”

This fits the thesis of Michael Behe’s new book Darwin Devolves (being published this week), where he says that adaptation comes from breaking things. Some deleterious mutations, he says, can help an animal survive, such as developing resistance to a threat, but that comes at a cost. And destructive mutations, he argues, are far more likely to spread through a population rapidly than constructive mutations. He doubts that any such constructive mutations occur. So in emus and ostriches, a previously functional patterning mechanism has been degraded. Behe describes his thesis with examples in a podcast on ID the Future, and in the article link above.

Here we see a single step in bird development, the feather follicle pattern, that shows precise timing through a number of molecular machines working in concert. It’s is exactly what Timothy Standish, Paul Nelson and Ann Gauger said in the Illustra film about an “elaborate dance” where machines do jobs and cells commit themselves to pathways that have a goal and a purpose: a living bird. The one step of patterning the follicles is arguably simpler than building the feathers that will come later. And what about all the prior and subsequent steps: assembling a beating heart with circulatory system previously built for it, designing the eyes and beak and limbs, and all the rest. How can anyone say that this orchestrated performance is the result of a long chain of accidents? Mutations break things; they don’t build things.

Share this video on social media.* The evidence for an intelligent Designer speaks for itself.